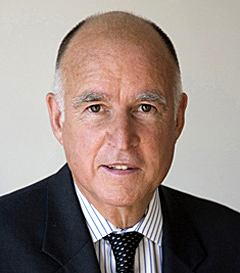 Editors’ Note: This education dispatch is part of a new ongoing series reported from Mission High School, where education writer Kristina Rizga is known to students as “Miss K.” Click here to see all of Mojo‘s recent education coverage, or follow The Miss K Files on Twitter or with this RSS Feed.

After a week of depressing announcements about looming budget woes, the California Teachers Association is celebrating some good news for a change. On Wednesday, The Sacramento Bee reported that governor Jerry Brown plans to spare K-12 education and community colleges from another massive round of cuts—if, and this is a big if—California voters can accept higher taxes on their purchases, cars, and income. Brown plans to hold a related special election this spring.

Today, Brown’s office released the names of the seven members who’ll sit on California’s State Board of Education, the state body that sets education policies for the state. Gone is a member who supported the “parent trigger” law, a controversial education reform that union members staunchly opposed. Anti-charter advocate and education professor Diane Ravitch views the new board as a victory, tweeting that control has shifted from big-business/foundations to teachers and teacher unions.

Speaking of charter schools, Brown opened two himself when he was mayor of Oakland and has since signaled to pro-charter advocates, including US education secretary Arne Duncan, that he now believes charter schools are driven by faith in overly simplistic solutions with a “pervasive technocratic bias and an uncritical faith in the power [of] social science.”