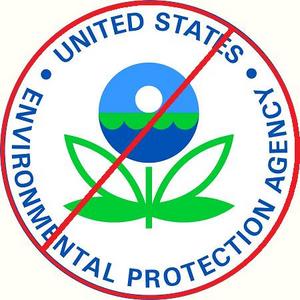 Image from American Solutions for Winning the Future.

Following up on his call to abolish the Environmental Protection Agency in a speech in Iowa this week, former House Speaker and potential GOP presidential candidate Newt Gingrich outlined on Friday his plans to eliminate the EPA in an email to supporters. The former House speaker warns of the “job-killing nature of the EPA” and calls on his fans to “get the word out.”

He also notes Obama’s call in the State of the Union to streamline government, arguing that whether or not the president backs his plan to abolish the EPA will be a “very clear test case for whether President Obama is really serious about rebuilding the people’s faith in the institutions of government.”

He goes on to write:

Of all the government agencies that have become barriers to job creation and economic growth, the Environmental Protection Agency is the worst offender.

Since its founding 40 years ago, the EPA has transformed from an agency with the original noble mission of protecting the environment into a job-killing, centralizing engine of ideological litigation and regulation that blocks economic progress.

The EPA should therefore be replaced with a new and improved agency dedicated to bringing together science, technology, entrepreneurs, incentives, and local creativity to create a cleaner environment with a stronger economy that generates more American jobs and more American energy.

More on Gingrich’s plan on the blog of his group American Solutions for Winning the Future. This is what passes for serious conservative talking points on the environment these days, folks.