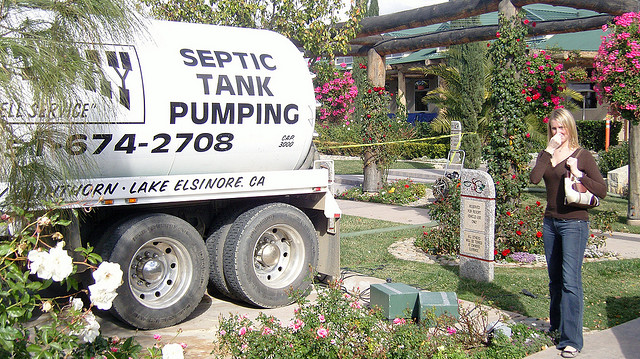 Newly anointed billionaire arch-conservative Florida governor Rick Scott—along with his all-GOP cabinet and tea-party-led state legislature—will get around to the state’s budget crisis, its mortgage meltdown, its educational woes, its brain drain, its disaster-preparedness services, and its corruption problems eventually. But not until they’ve finished with their crap storm over, well, crap.

Last spring, outgoing Gov. Charlie Crist signed a landmark bill into law requiring septic tanks to undergo once-every-five-year inspections—the first time in Florida history that such inspections would be instituted. In a state where more than half of its 2.6 million septic tanks are over 30 years old, and 10 percent are estimated to be failing—a state where the water table is usually just a couple of inches below your feet—this didn’t seem like such a bad idea. Not even to last session’s Republicans: The bill’s author was Lee Constantine, a GOP representative from Altamonte Springs. It was a “consensus bill on water policy which the agency involved, local government, environmentalists, business and industry support,” he said.

Or, it was creeping tyranny! After the liberty wing of the GOP won a bevy of seats in the Legislature last November, the body’s incoming leadership held a special session and passed a new bill that would halt the septic-tank inspections. Scott signed it last Wednesday. The reason? Republicans say the state’s taxpayers don’t want Big Government all up in their shit:

…tea party groups and homeowners in North Florida, where much of the state’s 2.6 million septic tanks are located, have fought against the inspections as costly and unnecessary. The inspections would have included evaluations and pump-outs, with the costs borne by the owner. Septic tank owners who purchased their tank or had it serviced in the last five years would have been exempt from the inspections.

Regular MoJo readers will recognize this refrain. As Stephanie Mencimer recently reported, there’s a nationwide upswell of conservative and tea party activists coming after even the most innocuous of environmental or sustainable-development measures, with many of them convinced that a fertilizer restriction or public-transit program is the slippery slope to one-world government. One planning consultant reported that a tea party activist in the South told him, “We don’t need none of that smart growth communism.”

Rarely the sort lobbying that gets you very far in community-board meetings. But the rules are different in bright-red Florida, where Republicans now hold every statewide office and a whopping 72 percent of seats in the state Senate. (They occupy a mere 68 percent in the House.)

That’s offered greater incentives than usual for GOPers to jump on the property-use bandwagon. When criticizing the original septic-tank inspections last year, State Sen. Joe Negron (R-Stuart) went for the red meat. The controlling issue, he said, wasn’t the possibility of raw sewage, sludge, and grease running off into the state’s drinkable springs and aquifers: It was property rights. “Mr. and Mrs. Jones, 78 years old, live in a house with a 30 or 40 year septic tank,” he said. “Do they have to let the government come inspect their septic tank?”

Well, no, they don’t, not now. But they probably should. Faulty septic tanks “can introduce nitrogen, phosphorus, organic matter, and bacterial and viral pathogens into the surrounding area, wells, and groundwater,” says the Sierra Club’s Florida lobbyist, David Cullen. That’s exactly what’s happening with the 75-mile long Caloosahatchee River, which connects Lake Okeechobee (the nation’s second-largest freshwater lake) with the Gulf of Mexico and looks like this: 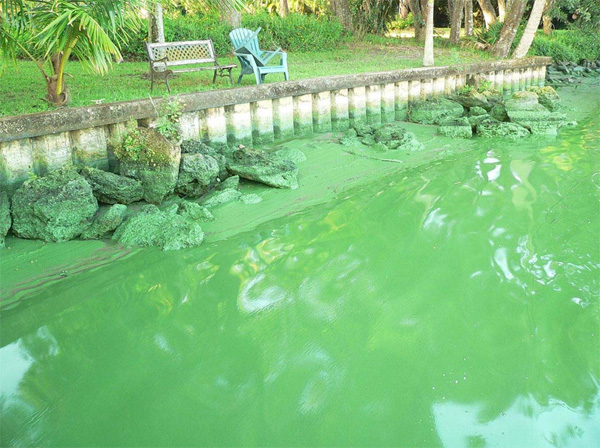 “The river is critical to the region it traverses—Lee County’s $2.6 billion tourism industry depends on it,” says Marti Daltry of the Red Tide Campaign, “but its health is challenged by wastewater runoff, toxic algae blooms, leaky septic systems, and too much or too little water from Lake Okeechobee.”

But it’s a small price to pay for protecting Florida taxpayers from the long arm of the gubmint, right? Actually, the inspections (originated by a Republican, remember?) would have been run by a private contractor, and the state Department of Health estimated the annual cost of inspection to be $122.40…including a pump-out.

Too much for Scott and his freedom-loving cohort in the Capitol. “Governor Scott called me (Wednesday) to inform me that he would be allowing the legislation regarding the delay of implementation of septic tank regulations, passed during Special Session 2010A, to become law. I told him ‘thank you,’ and that the Legislature would be working on a permanent resolution to correct this overburdensome regulation that I voted against when it passed the first time,” said Rep. Brad Drake, R-Orlando, a leading combatant of government overreach in scatological affairs.

But the big burdens, says Sierra’s Cullen, will be on all Floridians: “Legislators will not be doing their constituents a favor by passing laws that say in effect, ‘clean water is too expensive.'”