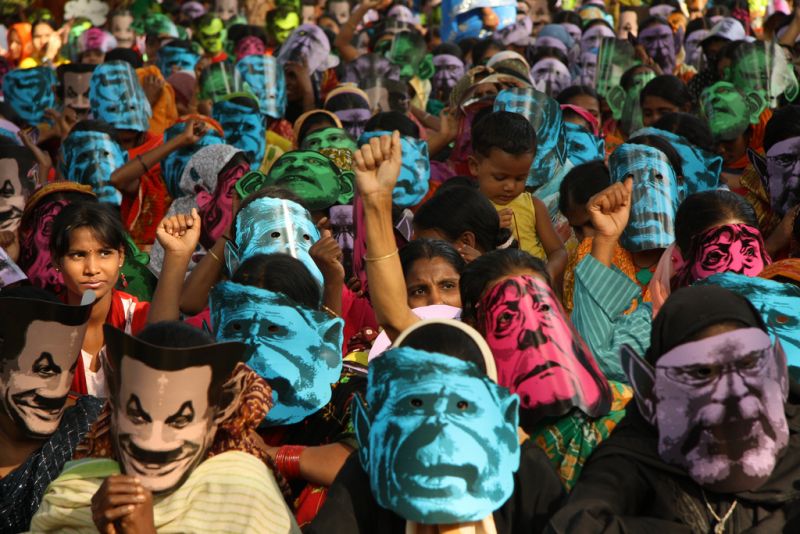 As MoJo‘s Kate Sheppard discusses here, a new report by international humanitarian organization DARA finds that climate change could kill up to 5 million people in the next 10 years—and most of them are children under the age of 5 in South Asia and Sub-Saharan Africa. This predicted increase in mortality isn’t due to Hollywood-style tsunamis or apocalyptic winters. Instead, the killers are much more ordinary: malaria, diarrhea, and malnutrition.

Of course, one way to help the planet—and the families most impacted by the planet’s health—is to bear fewer kids in the first place. As Julia Whitty wrote in “The Last Taboo,” overpopulation is a huge climate change driver that’s rarely discussed—until this week. During the UN-sponsored climate talks in Cancun, Mexico, media mogul Ted Turner suggested such radical ideas as one-child policies and monetary rewards for not reproducing. Turner was quickly shut down by former Irish president Mary Robinson, who said, “If we do it the wrong way, we can divide the world…A lot of people in the climate world could communicate this very badly.”

Turner’s statements may have been the flashiest, but they weren’t the only population-related ideas to come out of the Cancun climate talks. Population Action International‘s Roger-Mark de Souza told me that whenever he attended sessions on REDD, deforestation, or financing, someone would say, “‘What about overpopulation? How does this factor in?'” PAI’s panel there on female empowerment and family planning attracted 100 attendees, where consensus was that there continues to be a “strong unmet need for family planning.” (See side panel schedule here: PDF.)

Unfortunately for the climate, and women, many of the countries that will be most affected by climate change are poor ones where high gender inequality hinders female education and access to contraceptives. Notes de Souza, “it’s important to also get men engaged and understanding why family planning is important. The more that we have men serving as champions for the issue, the more success we will have.”