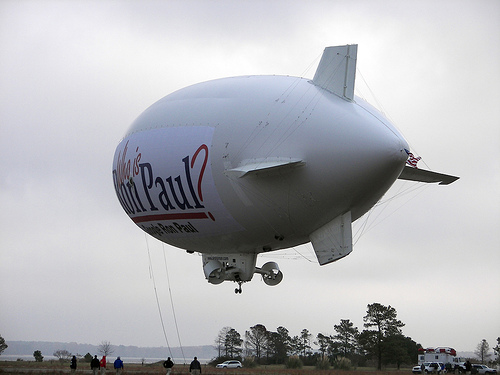 Kevin Drum and Nick Baumann have already weighed in on the great-TSA-junk-groping-and-porn-scanner–freakout of 2010. Now, Texas Rep. Ron Paul has introduced legislation to fix the problem. Or simply fix one problem by creating a whole host of other problems; it’s unclear, really. Thankfully, the bill is only 106 words long, which means that 1.) its opponents won’t be able to dramatically wave a copy of the legislation on the House floor, and 2.) I can just copy and paste the bill below, in its entirety:

No law of the United States shall be construed to confer any immunity for a Federal employee or agency or any individual or entity that receives Federal funds, who subjects an individual to any physical contact (including contact with any clothing the individual is wearing), x-rays, or millimeter waves, or aids in the creation of or views a representation of any part of a individual’s body covered by clothing as a condition for such individual to be in an airport or to fly in an aircraft. The preceding sentence shall apply even if the individual or the individual’s parent, guardian, or any other individual gives consent.

Paul might oppose physical violations of our civil liberties, but other liberties are fair game—which, as Adam Serwer notes, has sort of been the big elephino in the room during this whole debate. For instance, Paul told Fox News’ Neil Cavuto afterwards that he supports profiling—so long as it’s the privately owned airlines, and not the government employees doing the sorting. I wouldn’t bet on the bill passing, but it should, if nothing else, make for a great campaign ad the next time he runs for president.

And if you haven’t already, check out Nick’s five-step plan for a saner TSA.