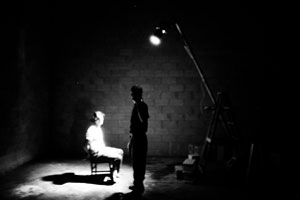 Most insiders thought that Durham’s probe, which focused on the destruction of interrogation videotapes and whether interrogators complied with the guidance provided by the so-called “torture memos,” was a sham, a symbolic gesture intended to appease liberal critics of the Bush and Obama administrations. But a smaller group argued that if anyone was going to force accountability for interrogation abuses, it would be Durham, who previously took down a sitting governor in Connecticut and FBI agents in Massachusetts.

This week, it was the first group claiming vindication.

Early Tuesday afternoon, the Justice Department released a statement announcing that Durham would not pursue criminal charges for the 2005 destruction of the tapes. But that doesn’t mean that Durham’s probe has concluded. His mandate is broader than simply investigating the tape destruction. A second part of the probe focuses on what activists refer to as “torture plus”—determining whether any CIA interrogations went beyond the techniques authorized by Justice Department lawyers in the so-called “torture memos.” That part of Durham’s investigation could still bear fruit. But the interrogation tapes were destroyed despite their relevance to numerous pending court cases—a fact that would seem to make their destruction transparently illegal. The fact that Durham didn’t, or couldn’t, bring indictments in a case where there seemed to be such a clear cut case of obstruction of justice suggests he may run into trouble if he tries to prosecute people for much thornier matters relating to alleged torture.

It wasn’t supposed to happen like this. Some activists argued that Durham’s record of thorough investigations of politically fraught matters suggested he would follow the facts where they lead, regardless of the consequences. Brent Mickum, the attorney for terrorist detainee Abu Zubaydah, told me in August that he had “every reason to believe” Durham is an “extremely careful and meticulous prosecutor who follows up every lead.” “In the end,” Mickum said, “if he thinks he has evidence for an indictment, he’ll seek it.” (According to news reports and declassified government documents, Zubaydah was beaten, waterboarded, and subjected to temperature extremes and “stress positions” during his detention.) Mickum has not yet returned a call seeking comment, but Durham’s decision affects his client, whose interrogation records were among those destroyed.

NPR’s Carrie Johnson, who first reported the news that Durham will not seek charges, reports that Durham may yet file charges for “misleading investigators or otherwise obstructing justice” in the tapes case. The Washington Post’s Jerry Markon is hearing the same thing. In other words, there won’t be any criminal charges for destroying the tapes, but the people who destroyed the tapes could still face criminal charges.

Even if Durham’s broader investigation doesn’t end in indictments, some activists believe the prosecutor could still dramatically advance their cause. A statement from Durham that Bush administration officials authorized illegal conduct—or even a recommendation of further investigation—could greatly aid the cause of accountability, Andrea Prasow, who lobbies on Capitol Hill for Human Rights Watch, told Mother Jones.

If Durham did eventually want to indict high-level former officials, he’d probably need to get Holder to agree—and Holder might opt to consult with his boss, President Barack Obama, before making such a politically charged move. So far, the White House has shown no desire to prosecute high-level officials for torture-related crimes. Even the human rights activists who thought Durham’s investigation might yield prosecutions saw no signs that would change.