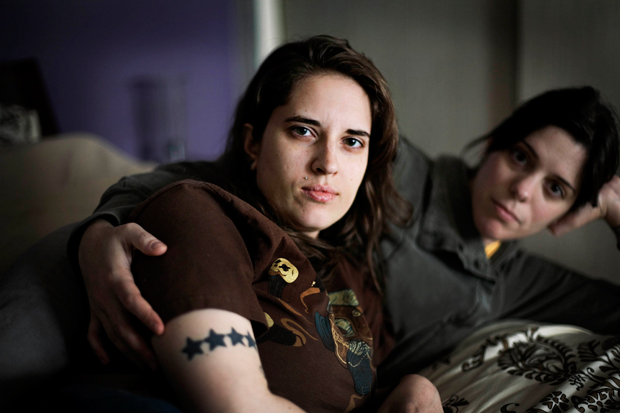 As early as tomorrow, the Department of Defense will publish its recommendations on how to integrate gays and lesbians into the ranks. The Pentagon is expected to say: “Yes, we can.” And if Senate Democrats know what’s good for them, they’ll lift the military’s ban post haste.

Probably the most asinine thing about the Don’t Ask, Don’t Tell debate is this: All of the conservative right’s arguments against gays in the military are falsifiable. That’s because the United States already integrated the armed forces once, and not only did it not affect morale and readiness, but it laid the groundwork for a wider civil rights movement that changed America’s destiny. Once a minority shares in the burdens of citizenship, it’s hard to deny them the benefits.

I was reminded of this while bumbling around the website of the US Marine Corps’ History Division, which is a treasure trove of militaria, and not the type you might expect. Here’s General David M. Shoup—a Medal of Honor-earning Marine commandant who protested the Bay of Pigs invasion and the Vietnam War—telling Congress that Marines are not taught to hate, because hate and fear erode democracy. Here’s a chaplain on Iwo Jima giving the usual platitudes about sacrifice in war, with a remarkable caveat: “We shall not foolishly suppose…that victory on the battlefield will automatically guarantee the triumph of democracy at home.” Here is grizzled Marine hero John A. LeJeune telling his men that they have one charge above all others: To “be kindly and just.“

Small wonder, then, that the site also features President Truman’s 1948 executive order ending racial, religious, and ethnic discrimination in the US armed services. I’ve included it in this post below; if you’ve never read it in its entirety, do so now. It’s the highest expression not only of the service’s ideals, but of the nation’s. President Obama should take note:

WHEREAS it is essential that there be maintained in the armed services of the United States the highest standards of democracy, with equality of treatment and opportunity for all those who serve in our country’s defense:

1. It is hereby declared to be the policy of the President that there shall be equality of treatment and opportunity for all persons in the armed services without regard to race, color, religion or national origin. This policy shall be put into effect as rapidly as possible, having due regard to the time required to effectuate any necessary changes without impairing efficiency or morale.

2. There shall be created in the National Military Establishment an advisory committee to be known’ as the President’s Committee on Equality of Treatment and Opportunity in the Armed Services, which shall be composed of seven members to be designated by the President.

4. All executive departments and agencies of the Federal Government are authorized and directed to cooperate with the Committee in its work, and to furnish the Committee such information or the services of such persons as the Committee may require in the performance of its duties.

5. When requested by the Committee to do so, persons in the armed services or in any of the executive departments and agencies of the Federal Government shall testify before the Committee and shall make available for the use of the Committee such documents and other information as the Committee may require.

6. The Committee shall continue to exist until such time as the President shall terminate its existence by Executive order.