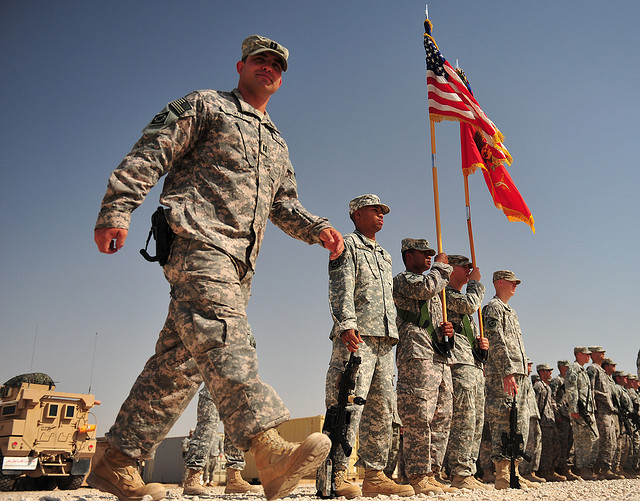 You’d think that late 2010 is an awful time to reconsider the military draft. Nobody, left or right, is particularly enthused about America’s ongoing expeditions in Iraq and Afghanistan. After the midterm elections, the Republicans are claiming a mandate for a strange tea-party rule that hates Islamofascists, but hates debt and government largesse more.

And yet. Foreign Policy blogger and longtime military reporter Tom Ricks lays out a three-pronged proposal for a national service requirement that’s got something for everyone: A military option provides for the common defense while likely making the ranks a little more representative of America at large. If successful, it could make voters more circumspect about the future use of force, while also disarming a lot of conservative criticism of “elitist” liberals who allegedly don’t share the burdens of citizenship with Middle America’s soldier caste.

Then there’s the civilian service option to “be a teacher’s aide at a troubled inner-city school, clean up the cities, bring meals to elderly shut-ins”…you know, to be a community organizer. It’s a choice that ensures young folks that they don’t have to learn to handle an M-16 or Claymore mines to give back to their country. It’s also nothing new, an option that’s been included in recent proposed draft legislation, like Rep. Charlie Rangel‘s (D-N.Y.)—a guy who needed compulsory national service if there ever was one.

But it’s Ricks’ third option, for the kids of angry tea partiers and wrecking-crew Republicans, that I find the most fascinating:

The libertarian opt-out. There is a great tradition of libertarianism in this country, and we honor it. Here, you opt out of the military and civilian service options. You do nothing for Uncle Sam. In return, you ask for nothing from him. For the rest of your life, no tuition aid, no federal guarantees on your mortgage, no Medicare. Anything we can take you out of, we will. But the door remains open—if you decide at age 50 that you were wrong, fine, come in and drive a general around for a couple of years.

In terms of social contracts and tradeoffs, I think this proposal has a lot to recommend it. Don’t like the idea of compulsory public service? Think the government is de debbil? Fine: Tune out, turn off, and drop out. We dirty collectivists will make sure you still get to sleep safe. We just won’t be able to help you with that optional ARM mortgage that you had to get from a usurious private bank.

What do you think? Tell us in the comments!