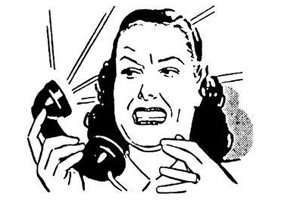 As voters head to the polls on Tuesday, complaints about dirty tricks, misinformation campaigns, and voter intimidation continue to fly. Each side has accused the other of trying to cheat and has taken measures to compensate: the right’s voter fraud crusade has prompted Democrats claim that vulnerable voters could be suppressed. Many of these electoral shenanigans pop up at the last minute, making it all the more difficult for officials to undo the damage.

Over the weekend, the Kansas Democratic Party claimed that Democratic voters across the state had received illegal, anonymous robo-calls telling them to bring a voter registration card and proof of home ownership to the polls on Wednesday. The party says the bogus calls are part of a misinformation campaign intended to suppress the Democratic vote, as neither document is required for voting in Kansas and the election, of course, takes place on Tuesday.

The Kansas Dems found out about the scheme during a get-out-the-vote phone bank on Saturday, when they heard reports that their supporters were receiving the automated calls from unidentified “Republicans,” according to Kenny Johnston, executive director of the state party. The Kansas Republican Party denies any involvement in the robo-scheme. But Johnston maintains that the perpetrator is “someone interested in Democrats not voting,” and the party has filed a complaint with the state’s attorney general.

In 2000, Johnston adds, there were similar robocalls intended to suppress the Democratic vote in a Kansas statehouse race, leading to a 2001 state law making it a felony to intentionally mislead voters. And in 2008, the Obama campaign sued over an effort to tell Michigan voters that they weren’t allowed to vote if their homes were foreclosed upon. A history of last-minute dirty tricks also put Democrats on edge in New Hampshire, where Dems lost phone service in campaign offices in 11 towns on Monday. As TPM reports, the cause of the outage is still unknown, but the party has already alerted the state attorney general in light of a 2002 incident in which state Republicans deliberately jammed the Dems’ phone lines to interfere with their GOTV effort.

Meanwhile, voter fraud hysteria has raised new concerns about voter intimidation by conservative poll-watchers in Arizona, Nevada, and New Mexico, where warnings about illegal immigrants stealing the election have proliferated. In Arizona, the infamous Sheriff Joe Arpaio has headlined a poll-watching campaign by a group called “Ban Amnesty Now,” which accuses Obama of “looking the other way while ILLEGALS VOTE!” The Department of Justice is now sending its own observers to Maricopa County, among other potential hotspots, to observe the polling stations—though the DOJ says the voter protection effort isn’t directly in response to the Ban Amnesty Now campaign.

In other states, Republican officials themselves are adding fuel to the voter fraud fire, prompting concerns that “fraud spotters” could overstep legal bounds and intimidate voters. Alabama’s Secretary of State Beth Chapman is offering a $5,000 reward for information leading to felony conviction voter fraud convictions, claiming her office has received an unprecedented number of voter fraud complaints: “Alabamians are fed up with voter fraud and have decided that enough is enough. They want to protect democracy from those who are destroying it.” As Talking Points Memo points out, Chapman is up for re-election this year and began her voter fraud crusade after federal officials investigated Democratic operatives in the state for buying votes, though the probe has not yet led to any convictions.

And in Texas, an Election Day showdown is in the works: the few actual members of the New Black Panthers Party—the fringe group that has spawned massive conspiracy theories on the right—have vowed to show up at the polls in Harris County to counter the tea party poll watchers, who’ve already been accused of voter intimidation. Another controversy has erupted in Pennsylvania’s Bucks County, where both parties have accused each other of manipulating absentee ballots.

While the dueling accusations of voter fraud and voter intimidation will come to a head on Election Day, the accusations of electoral hijinks aren’t likely to die down any time soon. Since Bush-Gore in 2000, the number of recount challenges and lawsuits has skyrocketed, says Tova Wang, senior democracy fellow at Demos. Both sides are already lawyering up, and the Republican National Committee has even launched a fundraising website called “No More Frankens” to fund potential recounts, implying that the Minnesota Senator’s victory was illegitimate. As fears over voter fraud have fueled mistrust in the entire electoral process, Wang adds, preparing for recounts has simply become “part of the campaign plan.”