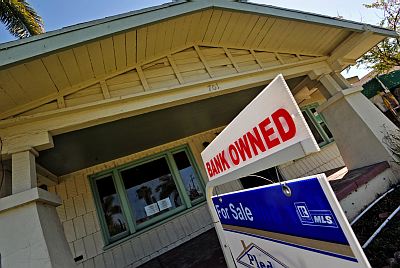 In the wake of the financial crisis, fierce criticism has rained down on regulators of all stripes for missing tell-tale warning signs in the run-up to the meltdown. One lesser-known agency that’s taken plenty of heat is the Office of the Comptroller of the Currency (OCC), the top watchdog for big national banks. It’s well documented how the OCC and its former chief, John Dugan, blew it before the crisis by preempting state laws that would’ve cracked down on predatory lending and, as Zach Carter recently wrote in The Nation, helping to usher in the era of “too big to fail” banking. And when it comes to the ongoing foreclosure debacle, despite years and years of complaints from homeowners, attorneys, and many more, the OCC didn’t deploy bank examiners to investigate the mess until…two weeks ago, as the Washington Post reports on Monday.

The full failure of regulators like the OCC, the Federal Reserve, and others to prevent the latest foreclosure fiasco is just now coming into focus. As the Post reports, a few years ago Dugan’s OCC blocked requests by state regulators for a thorough probe of the foreclosure shops of big banks for wrongfully foreclosing on homeowners. Not only that, but the OCC itself declined to investigate banks’ practices, instead letting them conduct their own internal reviews. “Based on what we were seeing and what we were concerned about, it felt like a chronic underreaction at the federal level,” John Ryan, an official with the Conference of State Bank Supervisors, told the Post. And get this:

As I reported in a January story about mortgage servicers, the industry’s problem-plagued middlemen, experts galore have complained to me about the lack of regulation of foreclosures:

Oversight of this troubled industry is spotty. “This is a very underregulated part of the system,” says Jack Guttentag, an industry expert and professor emeritus of finance at the Wharton School. “It shouldn’t be, because it’s the part where the consumer has no place to protect themselves.” Federal law allows servicers to send borrowers only one account statement a year—even if there are scheduled interest rate increases or new fees added during that time. If a borrower has a problem, HUD encourages her to first file a complaint with the servicer, and if there’s no resolution after nearly three months, she can then appeal to the agency—assuming she hasn’t been evicted in the meantime. While HUD can step in to fix the problem, it lacks the power to impose tough sanctions on servicers.

The Federal Trade Commission (FTC), Office of the Comptroller of the Currency, and Office of Thrift Supervision also have limited oversight over the mortgage industry. An OTS spokesman could name only one formal action the agency has taken against a servicer—Ocwen, in 2004. An OCC spokesman said his agency has never taken action against servicers.

Which isn’t to say the OCC is completely useless. Purely as a bank regulator, it’s known for its tough examinations and for embedding examiners within the banks it regulates. And with the passage of the Dodd-Frank financial reform bill in July, the OCC will grow even larger as it absorbs the Office of Thrift Supervision, which oversees state-chartered savings and loan institutions.

But as a foreclosure watchdog, the OCC has a lot to prove—and plenty of critics to win over. This line from the Post‘s story is hardly inspiring: “Regulators said they hope to complete a preliminary report [on the latest foreclosure debacle] this month but have not decided whether it will be made public.” So much for winning public trust.