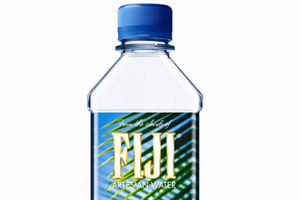 Fiji Water’s top official in Fiji, Director of External Affairs David Roth, has left the island nation after the sudden resignation of acting Prime Minister Ratu Ganilau—who cited a “David Roth issue” as the reason for quitting. Fijian media report that Ganilau resigned Tuesday after refusing to follow orders to deport Roth, who departed Thursday night on a flight to Los Angeles.

Ganilau—who is also Fiji’s Minister for Defense, National Security, and Immigration—shocked the country, which has been under martial law since 2009, by emailing his resignation to Prime Minister Voreqe (Frank) Bainimarama, who is traveling in China. Fiji Water is a huge economic force on the island, and the company has been criticized for tolerating Bainimarama’s military regime (see my 2009 Mother Jones investigation).

The fight comes at a potentially awkward moment for Fiji Water—and for the State Department, which just nominated the company for its 2010 Corporate Excellence Award. US relations with Fiji have been cool in recent years, but Secretary of State Hillary Clinton has announced that Washington will re-engage with Bainimarama’s regime by putting a $21 million USAID climate change office in Fiji—a move some consider an attempt to counter China’s rising influence there. “We are going to be working together with Australia to persuade the military government to meet its commitment to bring democracy back to Fiji,” Clinton said.

For its part, the bottled-water company has always maintained that it stays out of Fijian politics: Owner Lynda Resnick has said that “they don’t have any guns there, but they still manage to have these coups all the time. They have a rogue government that changes every five years with a new coup. So sometimes it’s very hard to be in Fiji, but we do it.”

Yet even as the US government has maintained sanctions that include restricting military aid to the government, Fiji Water has done the opposite: It has hired a company with close military ties to provide security for its facilities around the island. The Fiji Times reported in 2008 that the directors of the private security firm, Homelink, were two former Fijian military officers and two current officers “on special assignment.” One of them is Colonel Apakuki Kurusiga, who in 2008 said that “the company is supported by the RFMF [Royal Fiji Military Forces] and this relationship will be maintained throughout the life of the company.” Colonel Kurusiga also serves in the government as deputy secretary of Fijian affairs. In that capacity he’s helped write new regulations whose early drafts propose that women in rural areas “must not wear pants or tie their hair,” according to the Fiji Broadcasting Corporation. (When I got Homelink’s national manager on the phone, he refused to answer questions unless I came to Fiji to ask them in person. “Then I will show you what we are, all the papers and everything,” he assured me.)

Amnesty International has raised severe concerns about the Fijian military’s human rights record: “In February 2007, the military admitted to taking more than 1,100 people to the military barracks, who were beaten, otherwise treated inhumanely and forced to do military type drills such as running and being forced to carry heavy loads… Human rights activists in Fiji informed Amnesty International that from December 2006 to July 2007, there were hundreds of cases of detainees being subjected to torture or other ill-treatment, such as being stripped naked and made to run around a field or forced to touch each other’s private parts.”

Fiji Water has not responded to my request for comment; I’ll update this post when it does.