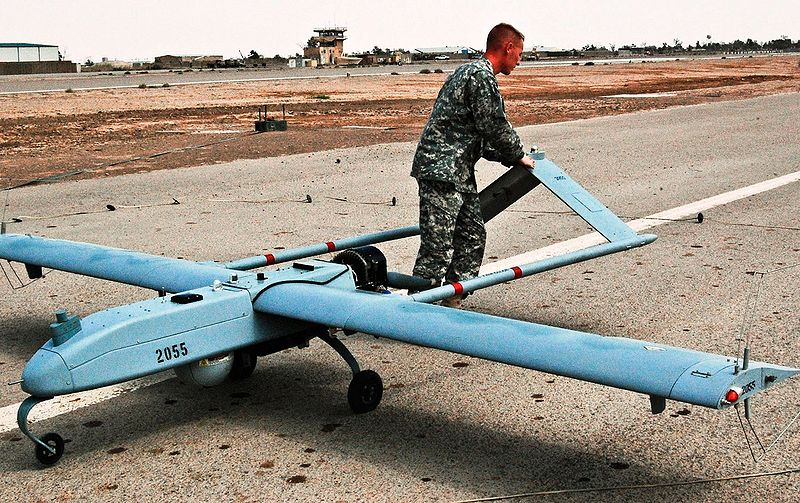 The US shot down and captured an almost-completely intact Iranian surveillance drone in Iraqi territory in early 2009, not far from a refugee camp for dissident Iranians, WikiLeaks’ new Iraq logs confirm. The report, listed under “Events that may elicit political, media, or international reaction,” adds credence to US claims of Iranian interference in Iraq, while also demonstrating just how ethnically and logistically messy the US’s operations there have been.

The capture of Iran’s green-and-white, camera-carrying unarmed aerial vehicle in a border region northeast of Baghdad on February 17, 2009, was all the rage in US military and diplomatic circles. While US officials confirmed the shootdown to the media a month later, those initial news reports held few telling details. But many such details were included in the WikiLeaks report, including intelligence officers’ assessment that the downing was “potentially a politically volatile matter” in a crowded corner of Iraq’s strategic chessboard.

According to the report, the drone went down outside Combat Outpost (COP) Cobra, a “primitive” US Army base at the oil-rich crossroads of Iraqi Arab, Kurdish, and Iranian territory about 40 miles northeast of the Iraqi capital. Soldiers at the base heard a US jet flying overhead and engaging a target with machine-gun fire. “Shortly there after soldiers inside the COP reported a plane flying overhead with a parachute, which turned out to be an almost completely intact UAV falling to the ground under parachute,” the report reads. The base sent a quick reaction force (QRF) out to inspect:

QRF was dispatched and enroute before the plane touched the ground and are currently securing the vehicle…It has a camera under the nose and no weapons. The top is colored [olive drab] green and the under side is…white. The parachute is orange and gray.

The troops used a flat-rack truck to haul the drone back to COP Cobra, which was where intelligence officers dismantled it and took it away for inspection. Their conclusion:

This is the first time we have seen a foreign UAV involved in a cross-border incident. The alleged flight path, as well as the design of the aircraft, suggests it is of ___ origin. It is currently unclear as to what the ultimate mission and objective of the UAV was, though the depth of penetration into Iraqi ___ compared with the capabilities of the UAV could suggest it was not an accident. [While WikiLeaks redacts several key phrases, a Mother Jones reporter was able to confirm that intelligence officers believed the drone was of Iranian origin and had penetrated into Iraqi territory.]

What would an unmanned Iranian camera plane want to record in that region? Plenty. COP Cobra is just a few kilometers from Iraq’s Camp Ashraf, which since 1986 has been a refugee camp for persecuted members of Mujahedin-e-Khalq (MEK), an Iranian leftist group that advocates the overthrow of the Islamic government in Tehran. Liked by neither Iranian nor Iraqi officials, MEK refugees at Camp Ashraf have essentially relied on US troops for protection sice 2003, enduring a series of attacks that the MEK insists originated in Iran.

They may have a point. Other reports released in the WikiLeaks logs show Iranian elements, including the nation’s crack Revolutionary Guard Corps, have provided training, assistance, and munitions to anti-US forces within Iraq. When the February 2009 shootdown was finally acknowledged by US officials, they raised the possibility that Iran’s drone was “trying to scout routes to smuggle Iranian weapons into the country.” (Since the UAV incident last year, Iran has unveiled a new unmanned aircraft capable of flying at longer ranges and delivering bombs on a target. Iranian President Mahmoud Ahmadinejad called the plane an “ambassador of death” for state enemies.)

Reaction to the shootdown was pronounced in the US diplomatic community: Mother Jones has learned that on the State Department’s secret intranet, a Baghdad Embassy cable detailing the incident became the most-read department-wide dispatch overnight. But it wasn’t until mid-March that news of the drone broke in the mainstream media. A March 12 post by Noah Schactman, editor of Wired‘s Danger Room blog, detailed rumors of the downing, but the military would only confirm it happened three days later, when unnamed officials cited it as part of a larger effort by Mahmoud Ahmadinejad’s Tehran government to control events in Iraq.

“This was not an accident on the part of the Iranians,” a source said at the time—echoing what, according to WikiLeaks, US intelligence officers on the ground already knew.