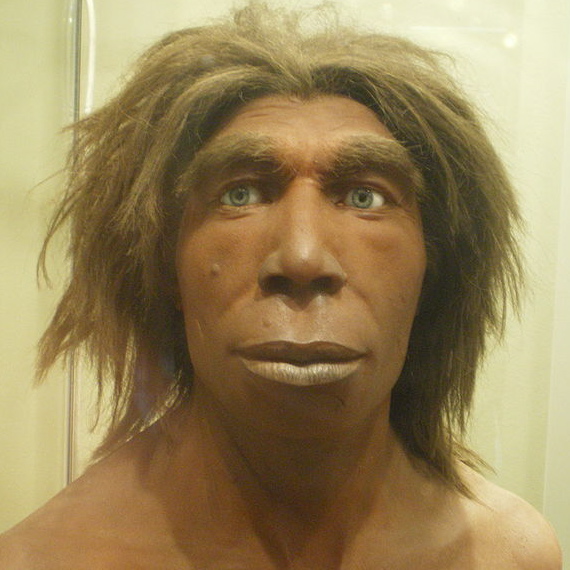 For the first time, we have identified evidence that the disappearance of Neanderthals in the Caucasus coincides with a volcanic eruption at about 40,000 BP. Our data support the hypothesis that the Middle to Upper Paleolithic transition in western Eurasia correlates with a global volcanogenic catastrophe. The coeval volcanic eruptions (from a large Campanian Ignimbrite eruption to a smaller eruption in the Central Caucasus) had an unusually sudden and devastating effect on the ecology and forced the fast and extreme climate deterioration (“volcanic winter”) of the Northern Hemisphere in the beginning of Heinrich Event 4. Given the data from Mezmaiskaya Cave and supporting evidence from other sites across the Europe, we guess that the Neanderthal lineage truncated abruptly after this catastrophe in most of its range. We also propose that the most significant advantage of early modern humans over contemporary Neanderthals was geographic localization in the more southern parts of western Eurasia and Africa. Thus, modern humans avoided much of the direct impact of the European volcanic crisis. They may have further benefited from the Neanderthal population vacuum in Europe and major technological and social innovations, whose revolutionary appearance shortly after 40,000 BP documents the beginning of Upper Paleolithic.