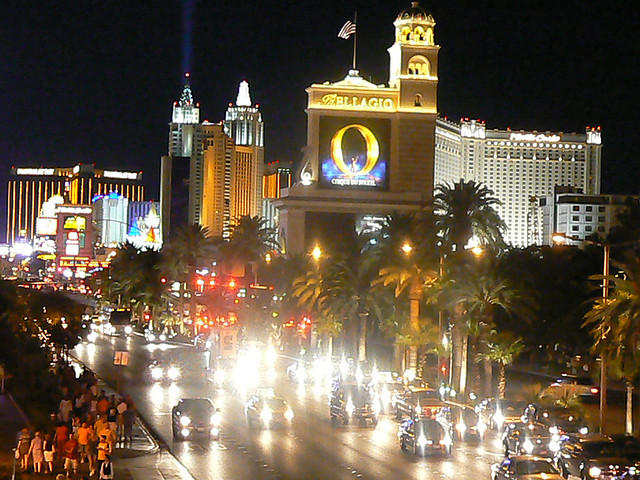 In Vegas, casino managers make sure the house always wins. So who are they betting on for the Nevada race? October FEC disclosure forms showed executives at nearly every casino on the strip backing Reid over tea party darling Sharron Angle, though they might want to go all in, and soon, if they want to win.

Angle managed to snag $50,000 from four donors from the Las Vegas Sands Corp. (Sands, Venetian, Palazzo) during the last fiscal quarter. During the same time, Reid received around $52,000 from nearly two dozen C-level execs from the MGM Resorts behemoth (Aria, Bellagio, MGM, Mirage, Excalibur, Luxor, Mandalay Bay, New York-New York, Circus Circus, Monte Carlo). Reid also got $11,000 from supporters at Harrah’s Entertainment (Caesar’s Palace, Rio, Paris, Bally’s). Overall, Reid has many more casinos (and their respective employees) to draw from, but Angle’s are willing to pony up $10,000 a piece while many of Reid’s are still in the four-digits. OpenSecrets.org shows Reid earning a total of $22 million for his 2010 campaign, versus Angle’s $18 million. It’s a respectable difference, but not enough when you consider FiveThirtyEight shows the two candidates head to head: Angle 49.6%, Reid 47.6%.

It’ll be interesting to see if Vegas bigwigs decide to up the ante and give more to Reid during these crucial final weeks, or if they’re going to cut their losses and walk away. As any good gambler knows, you gotta know when to hold ’em, and when to fold ’em.