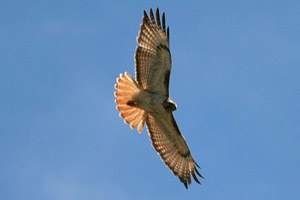 On Monday I asked, “What should we call people who care about climate change and clean energy?” A fantastic discussion ensued, up to 226 comments and counting—thanks to everybody who weighed in, not only on the site, but on Facebook, Twitter, email, and “words spoken in my physical presence” (kids, ask your parents!).

As the logorrheic post below will attest, I’ve read all your feedback and given the matter quite a bit of thought. At long last I’ve settled on something I’m happy with, though of course I’m just Some Blogger and who cares what I think.

Without further ado, the winner is … [drumroll] …

Think on it a moment. Let it sink in. Roll it around on your tongue. Now, let’s discuss.

A lot of people seemed to mistake the nature of the undertaking. The point is not, emphatically not, to “rebrand environmentalism.” Please kill me if I ever have to listen to another discussion about rebranding environmentalism. The point is not that environmentalists need something new to call themselves, but that the class of climate hawks is not coextensive with the class of environmentalists. They are not the same group. In a Venn diagram, there would be substantial overlap but also substantial … underlap? nonlap? disjoint? Point is, there are plenty of people who understand climate change and support clean energy but do not share the rest of the ideological and sociocultural commitments that define environmentalism as historically understood in the U.S. (Which is fine!)

Anyway, the main goal of the exercise was description, not marketing or “framing” or whatever. This set of people already exists. I just need something to call them!

A few quick notes about proposals I didn’t choose.

First, the term needs to be broad but shallow. That is, it needs to be broad enough to encompass everyone worried about these issues, but at the same time shallow enough that it doesn’t imply a bunch of other positions or commitments. It has to be something a business executive in Akron, Ohio, or a Navy Admiral will apply to themselves. You can’t smuggle a bunch of other stuff in; people just won’t use it.

So that pretty much rules out “planetarians” and “sustainablists” and “sky-huggers” and the like. The last thing we need is something that says, “like an environmentalist, but even more crunchy!” (It seems not to have occurred to lots of our readers that there are many Americans who don’t want to be nurturant Earth mother types.) Along the same lines, I’m somewhat fond of “transitionalist” or something else involving “transition,” but a) you’d have to stop and explain that to 99.99 percent of people, and b) once you explained that you’re talking about a ground-up re-engineering of human culture, you’re going to get a lot of, “oh, I just wanted a solar panel …”

So: broad but shallow.

Second, I’d just as soon avoid a term that has elite condescension built right in. You may have noticed that elite condescension is one thing lots of folks dislike about the left! This is why “Brights” blew up in Daniel Dennett’s face—if you call yourself Bright obviously the implication is that everyone else is dumb. Similarly, while I appreciate everyone’s wit, “sane” and “educated” and “sensible” and “realist” just won’t do. Yes, climate denialists have tried to claim “climate realists,” but to my ears they just sound defensive and pathetic. Of course whatever position you select, you think you’re right. That’s why you selected it! No need to go preening about it.

Third, if the term’s going to catch on, it has to sound natural, something an Average Jane could say in conversation and be understood without a bunch of additional explanation. This, I’m afraid, rules out most of the neologisms—”neodynamist” or “P4CE” or “energeers” or the like. It’s very, very difficult to get a brand new term like that in circulation, mainly because the first few people to try sound like total douchecanoes. Maybe a few NYT trend pieces could do it, but I’m pretty sure Grist couldn’t.

Fourth—and I didn’t get this until I read through the thread—I’d really like to avoid any “ist” or “ism.” An -ism is a tribe; an -ist is an identity. Those are substantial commitments. What’s direly needed is a way for people to be able to adopt climate and clean energy as concerns without being forced to make those additional commitments. This, I have to say, is what a lot of environmentalists don’t seem to get. Most people don’t want to be part of a tribe defined by ideological or political commitments. Environmentalism already strikes many folks as a kind of quasi-religion. We don’t want to create another -ism with similarly high barrier to entry. This, I’m sad to say, rules out “decarbonist,” which was one of my faves on purely descriptive grounds.

Now, a few things I like about “climate hawk” (which I should note was first suggested by my colleague Jon).

First and foremost, it doesn’t carry any implications about The Truth. It doesn’t say, “I’m right, you’re wrong. I’m smarter and more enlightened than you.” Instead it evokes a judgment: that the risks of climate change are sufficient to warrant a robust response. By definition, everyone must make such judgments on their own. Rather than being a Manichean choice—you get it or you’re stupid—it becomes about values, about how hard to fight and how much to sacrifice to defend America and her future. That’s the right conversation to be having.

Yes, I’m well aware that “hawk” has militaristic overtones. Trust me, when it comes to matters military I’m a DFH of the old school. But lefties shouldn’t be precious. The health of Mother Earth just doesn’t move that many people. For better or worse, more Americans respond to evocations of toughness in the face of a threat.

In foreign policy a hawk is someone who, as Donald Rumsfeld used to put it, “leans forward,” someone who’s not afraid to flex America’s considerable muscle, someone who takes a proactive attitude toward gathering dangers. Whatever you think about foreign policy, is that not the appropriate attitude to take toward the climate threat? Does it not evoke a visceral sense of both peril and resolve, the crucial missing elements in America’s climate response?

I flirted with the term “patriot” or some variant—”green patriot” or “clean energy patriot”—for many of the same reasons. Climate hawks (see, I’m getting used to using it) need to reclaim patriotism as their own instead of leaving it behind because crass nationalists burdened it with all sorts of unpleasant baggage. There’s a tradition of patriotism, responsibility, and resolve in America that is both potent and noble. Those who want to defend America’s children and grandchildren from suffering should make no apologies about the fact that they, not the reactionaries, understand what is best about America and love her the most.

Why not “clean energy hawk”? For one thing, two words are snappier than three and easier to write. For another, it’s important to keep the threat of climate change at the center of the conversation; clean energy is one way of fighting back against that threat, but there are many others. A climate hawk leans forward, wants to attack on as many fronts as possible.

This is all embedded in the term, and that’s the other advantage: the meaning is immediately clear. No explanation required. It will strike people as something they already are, not something they have to be persuaded to become. It may not appeal (as much) in other countries, but most everybody gets what it means. It is shallowly descriptive enough to capture the desired referent class, but at the same time normative enough to evoke some of the right values.

And so that’s why I’m going to start using it. Your thoughts, questions, and criticisms are welcome.