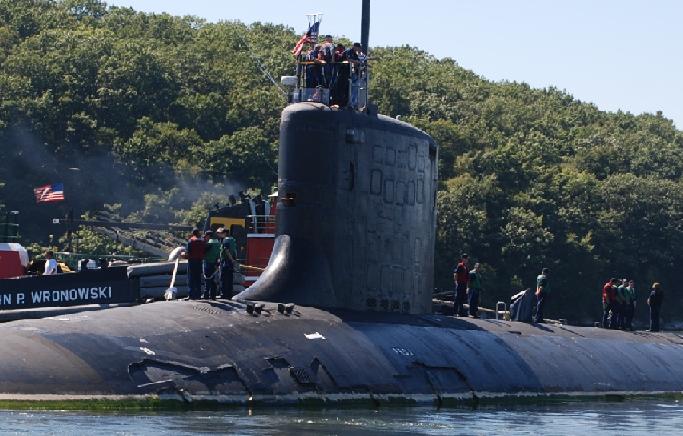 “Most things in here don’t react too well to bullets,” Sean Connery’s crusty Russian sub captain tells Alec Baldwin in The Hunt for Red October, moments before the latter stalks off to shoot a spy between dozens of the boat’s atomic missiles.

These days, it turns out some things on the Navy’s newest nuclear subs don’t react well to, um, seawater. Or something. Actually, the service isn’t sure what’s causing the $2 billion behemoths’ protective skin to peel off in the water. But it probably has to do with cost-trimming and corner-cutting by the Navy’s two go-to contractors, Northrup Grumman and General Dynamics, who tag-team assembled the Virginia class of attack subs at breakneck speed and (relatively) bottom-dollar rates.

Even though the Cold War is over, the silent service wants to expand its sub fleet, and it’s sold Congress on the Virginia program as the cheapest alternative. Yet as subs get delivered from the factory with their special soundproof tiling already falling off in sheets, the program looks anything but inexpensive. “The demand to build this submarine in a fast, cost-effective way led them to skip some steps that should have been in the process,” one analyst told me. “They’ve got this beautiful, fantastic vessel, and they just covered it in a Wal-Mart tarp.”

Read my complete story about the Navy’s big boondoggle—and its tough time telling the truth—here: “What’s Long, Hard, and Wrapped in a Wal-Mart Tarp?“