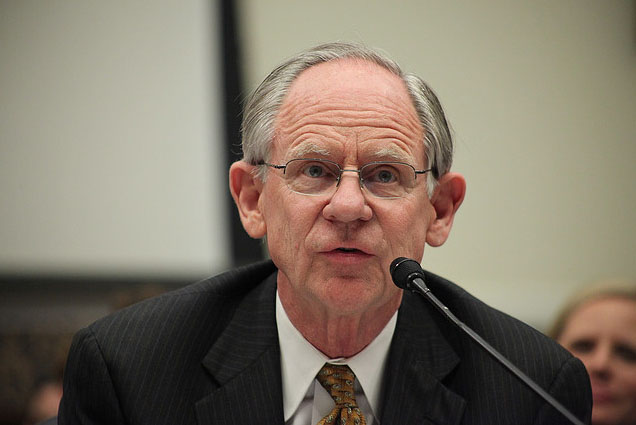 Christine O’Donnell’s defeat of congressional veteran Mike Castle in Delaware’s Senate primary yesterday has the political class chattering. Among the many things, her win marks the defeat of the only Republican Senate candidate who was not a climate change denier.

Questioning the science of climate change is back in a big way with GOP candidates this fall. Castle was the only candidate who not only accepted that climate change is happening, but also endorsed action to stop it. His demise in the Senate primary also means that there will be one less moderate GOP voice in the House next year.

Castle was one of only eight Republicans to vote for the House climate and energy bill in June 2009. He joined Mary Bono Mack (Calif.), Frank LoBiondo (N.J.), John McHugh (N.Y.), Dave Reichert (Wash.), Chris Smith (N.J), Leonard Lance (N.J), and Mark Kirk (Ill.) in voting for the American Clean Energy and Security Act. Without their votes, the measure would have failed. But conservative activists lambasted them for their votes, casting them as “sell-outs” and “traitors.”

The backlash caused some of them to backtrack on support. Kirk, who is now running for Senate in Illinois, later said he would vote against the same measure as a senator. But Castle was unflinching in his support for action on climate change.

O’Donnell’s win may upend the chance for the GOP to take the Senate. But it also means one of the last voices of moderation in the party is now out of electoral politics. I have a piece up on the main site today about the prospects for leadership on the powerful House Energy and Commerce Committee should Republicans retake the House. With almost no moderate Republican voices like Castle’s left in the House these days, it becomes even more likely that the far right will be calling the shots in the 112th Congress.