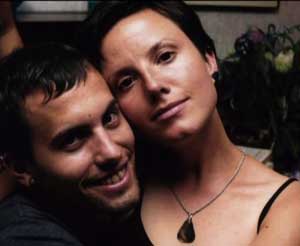 More than a year after Shane Bauer, Sarah Shourd, and Josh Fattal were arrested while hiking in the region between Iraqi Kurdistan and Iran, Iranian officials now say they will release one of the American hikers on Saturday in honor of Eid al-Fitr, the holiday marking the end of Ramadan.

The Culture Ministry sent a text message to reporters telling them to come to a Tehran hotel to witness the release. It is the same hotel where the three were allowed the only meeting with their mothers since they were detained in July 2009…

It did not say which one would be released. But Sarah Shourd, 31, has told her mother she has serious medical problems.

Shourd’s mother said her daughter told her in a telephone call in August that prison officials have denied her requests for medical treatment. The mother said they talked about her daughter’s medical problems, including a breast lump and precancerous cervical cells, and her solitary confinement in Tehran’s Evin prison.

But if clemency is the goal, why not release all three immediately?

As Mother Jones coeditors Monika Bauerlein and Clara Jeffery have noted, the three hikers were not spies, as Iran has alleged (so far without pursuing the charge in its own courts):

Bauer is a talented, muckraking journalist whose most recent story for Mother Jones looked at how the US government was using construction and other contracts to pay off corrupt ex-warlords in Iraq. (He also worked with the Investigative Fund of the Nation Institute, the Center for Investigative Reporting, and New America Media.) Shourd—who became engaged to Bauer while in prison in Iran—was teaching English to Iraqi kids in Damascus, where she lived with Bauer prior to their arrest. Fattal had worked at a sustainability center in Oregon and taught overseas. All of them have been held in near-isolation (Shourd is being held by herself, while the two men share a cell), without access to the Iranian lawyer their family has hired to them or the rest of the outside world. Their only contact with their families came in May, when the mothers were allowed to visit; both Shourd and Bauer have reportedly struggled with illness while in prison.

It’s no surprise that the three are being used as pawns by the Iranian government—that’s a trick just about every country has used. But a year is enough, especially for three people who have committed no offense except being insufficiently paranoid in exploring a tourist region world-renowned for its beauty. Nothing good can come from their languishing behind bars, whereas once released, they would likely go back to their work for truth and human rights. We hope that day comes soon.