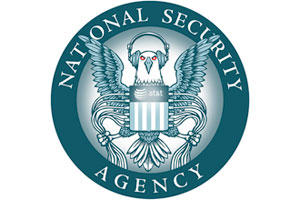 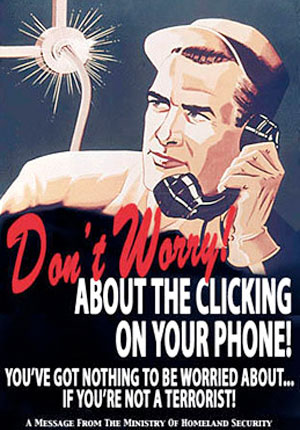 Are Republicans getting their wires crossed when it comes to tracking the secret communications of suspected terrorists?

On Monday, the New York Times broke a story that lit up the Internets—especially those quarters inhabited by privacy advocates and social media mavens: the Obama administration, noting that criminals and terrorists are increasingly communicating online instead of over the telephone, wants to enact legislation compelling all online communication services to be open to wiretapping. This would mean ensuring that the feds could intercept encrypted or non-encrypted communications sent by BlackBerry and similar devices, through Facebook and other social networking sites, and via Skype. In other words, any Internet communications system or service would have to have a backdoor that could be exploited for government-approved monitoring.

Republican legislators are backing the administration on this. Sen. Lindsey Graham (R-SC), a member of the armed services and homeland security committees, told Mother Jones, “I’m open-minded about making sure terrorist activities are being followed,” and that “if I can help” with this legislation, “I will.” Sen. Saxby Chambliss (R-Ga.), who sits on the armed services and select intelligence committees, said of Obama’s plan: “I think he’s dead on target…We need to give the intelligence community all the tools they need.”

But privacy fans and technophiles have howled. James Dempsey, vice president of the Center for Democray and Technology, noted the administration was challenging “the fundamental elements of the Internet revolution,” especially its decentralized design. Technology writer Dean Takahashi pointed out, “If companies such as Skype and Facebook were forced to design holes in their networks so that FBI officials could listen into conversations, that would re-centralize the networks, raise costs, and possibly introduce vulnerabilities to the software that could be exploited by hackers.” Progressive blogger Marcy Wheeler decried this “power grab.” And the Republican National Committee joined the assault.

Wait, the RNC? On Tuesday morning, the GOP HQ zapped out an email blasting Obama: “Quick To Jump On Civil Liberty Concerns In The Past, Obama Administration Now Wants To Read Your Emails And Monitor Facebook.” The GOP asserted that Obama had opposed the Bush-Cheney administration’s warrantless wiretapping program as “unconstitutional and illegal,” but now he “seeks authority to ‘wiretap the Internet.'” Citing the Times article, the RNC insisted that implementation of this policy would cause “huge technology and security” headaches and leave holes that could be “exploited by hackers.” Despite the fact that top Republican lawmakers are backing Obama’s proposal, the press release made it seem like a truly lousy idea. Had Michael Steele and the Gang become passionate civil libertarians opposed to government snooping supposedly designed to protect the United States from terrorists?

Not quite. RNC communications director Doug Heye says the party outfit is not taking a position “one way or the other” on the proposal. He adds: “We’re just letting people know what the president is doing. A lot of people who support him are seeing he’s not what they thought he was…A lot of people who are supporters of the president are concerned about wiretapping and things like monitoring Facebook, and we want to make sure they have this information.” Translated: we’re doing what we can to foment disappointment within Obama’s base.

The GOP’s slam unfairly compared Obama’s proposal to the warrantless wiretapping program of the previous administration (which was vociferously defended at the time by Vice President Dick Cheney, who always referred to its official name: the “Terrorist Surveillance Program”). The eavesdropping that the Obama administration is looking to enable would presumably be subject to warrants. So this proposal—good or bad—is not inconsistent with Obama’s criticism that President George W. Bush “abused” his authority and “undermined the Constitution by intercepting the communications of innocent Americans without their knowledge or the required court orders.”

When we pressed Heye on whether the Republican Party supports or opposes legislation that would allow federal investigators to intercept the online or BlackBerry-type communications of suspected terrorists, he refused to say: “It’s not a question I was expecting today. Our job is not to make policy pronouncements. Our job is to point out where the president has fallen short on his promises. This is one example of this. Obama supporters do not like this.”

Still, the RNC’s press release highlighted the potential problems with the Obama administration’s proposal, making it appear as if the RNC has abandoned Cheney-like vigilance (or excess) when it comes to tracking the bad guys. But perhaps there’s a greater mission: to score political points against another enemy—the president of the United States.