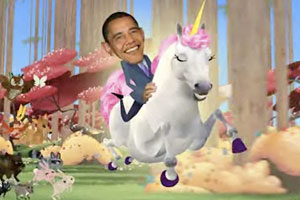 Treasury Secretary Tim Geithner took to the New York Times editorial page on Tuesday to tell Americans how great the economic recovery is going. On Wednesday afternoon, he’s scheduled to speak at the Center for American Progress, where he’ll presumably expand on his defense of the administration’s management of the economy. If the quality of Geithner’s op-ed is any predictor of the quality of Geithner’s speech, Wednesday’s event is sure to be a must-miss. The title of Geithner’s op-ed—and I am not kidding—is the extremely patronizing and almost-impossible-to-parody “Welcome to the Recovery.” (Did the Times headline writers come up with that one? That’s no excuse.)

I don’t know what Geithner’s apparent “economic success” tour (he was on Good Morning America on Tuesday, too) is supposed to accomplish. A Times op-ed is not going to convince Republican pundits to support Obama’s economic policies. It isn’t winning over their libertarian or liberal colleagues, either. Perhaps the administration hopes that Joe-the-New-York-Times-reader will forward Geithner’s op-ed (or the video of his GMA appearance) to his friends and family with a thoughtful message: “I guess things really are improving!” But when more than nine percent of Americans are unemployed (16.5 percent if you’re using U-6), it’s going to be hard to convince even Joe that things are peachy. “The public is unlikely to be fooled,” writes Ryan Avent. As Kevin Drum says, “the economy still sucks.” Geithner’s vaunted powers of persuasion aren’t going to convince people otherwise. The thing that’s most likely to persuade people the economic situation is improving is to improve the economic situation.

So given all that, why did Geithner’s op-ed even get written? There are a number of possible explanations, and none of them make the administration look particularly good.

One final thought, from 538’s Nate Silver: “One overarching critique of some of the less successful Presidencies of the recent past is that they suffer from a bunker mentality: they were either too stubborn, or too detached from reality, to acknowledge mistakes and correct errant courses of action.” The Obama administration still hasn’t admitted any error in its response to the economic crisis. But almost everyone agrees that the economy isn’t recovering quickly enough to return us to full employment any time soon. Maybe it’s time to climb out of the bunker, explain what went wrong, and fix it.