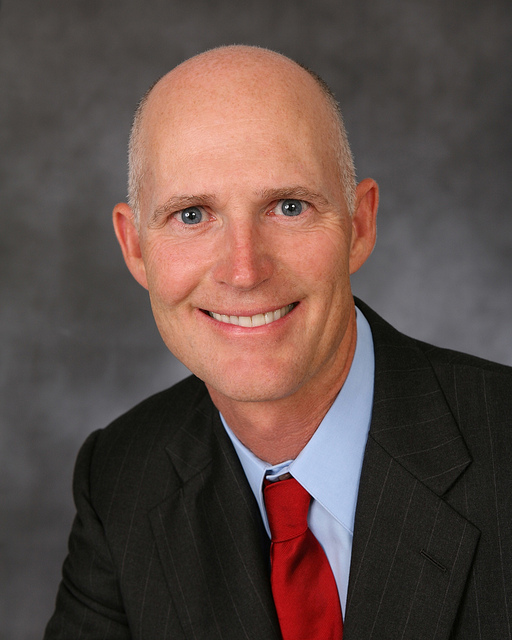 Rick Scott, the wealthy health care executive and GOP dark-horse candidate, pulled off a surprising upset on Tuesday in Florida’s Republican gubernatorial primary race. The tall, bald-headed Scott edged out Florida Attorney General Bill McCollum, a GOP favorite and former long-time US congressman, by a slim margin of 46 percent to 43 percent, with 96 percent of precincts reporting.

The crux of Scott’s campaign was his outsider status, his rejection of Washington and career politicians, his appeal to the far right of the GOP. When not bashing McCollum, Scott’s campaign fliers and commercials touted his independence and promise to bring a fresh, pro-business, fervently anti-tax perspective to the Florida governor’s office. Polls showed Scott with the backing of a majority of conservative Florida voters, including the state’s tea party contingent.

Scott may not have the record of a long-time politician, but he does carry a lot of baggage into his general election fight against Democrat Alex Sink, the state’s chief financial officer. Scott was at the heart of the country’s largest fraud settlement ever, a $1.7 billion Medicare settlement by a hospital corporation he helped to found and led until his ouster. Another health care company Scott started, Solantic, has been accused of allegedly using medical licenses illegally and billing irregularities with Medicare.

That record, which McCollum highlighted time and again during the primary campaign, has tainted voters’ view of Scott as he heads into the general election. According to Public Policy Polling, only 46 percent of GOP primary voters had a good impression of Scott. As PPP pollster Tom Jensen put it, “Five months ago we would have said Alex Sink looked like a dead duck. Now with the way this contest has unfolded she looks like the favorite.”