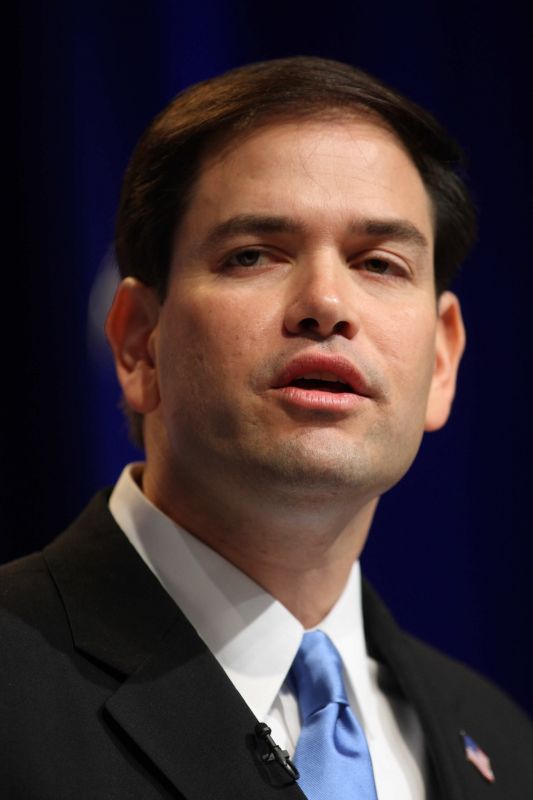 Marco Rubio, the GOP’s candidate in Florida’s US Senate election, must be feeling pretty good about his chances right now. So good, in fact, that he’s throwing down one hell of a gauntlet. Rubio recently announced that he wants not just one or two or three major candidate debates this fall—no, he wants seven different occasions to duke it out with his opponents, Democrat Kendrick Meek and independent Charlie Crist.

Rubio announced his debate barrage, the St. Petersburg Times reports, soon after agreeing to an October 24 debate with Crist hosted by CNN and the St. Pete Times. It’s a pretty canny move by Rubio, giving him ample time to bash the lifelong-Republican-until-I’m-not Crist. Here’s the Times on the political calculus behind Rubio’s gambit:

Charlie Crist is almost always good on TV, but this poses a real problem for him. In a three-person debate, it would be Rubio and Meek each taking turns hitting Crist and pressing him on flip-flops and inconsistencies. It’s hard to stay above the fray when you’re the main target.

But skipping most of the debates is equally problematic. If Meek agrees to these debates and the networks agree to televise them with or without all three candidates, Crist would be letting Meek raise his profile as the Democratic alternative to Rubio.

“I am the only candidate for Senate who has outlined specific ideas and proposals as a clear alternative to the wrong direction that Washington politicians are taking our country,” said Rubio in a statement. “I enthusiastically accept these opportunities to debate my opponents and present Floridians with the clear choice they have between a faithful loyalist of Washington’s agenda, a say-and-do anything opportunist who only cares about winning, and the clear, idea-based alternative I am offering.”

Rubio proposed the following dates to debate Crist and Meek. As you can tell, some of these are primetime settings.