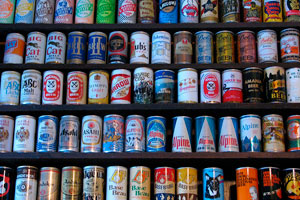 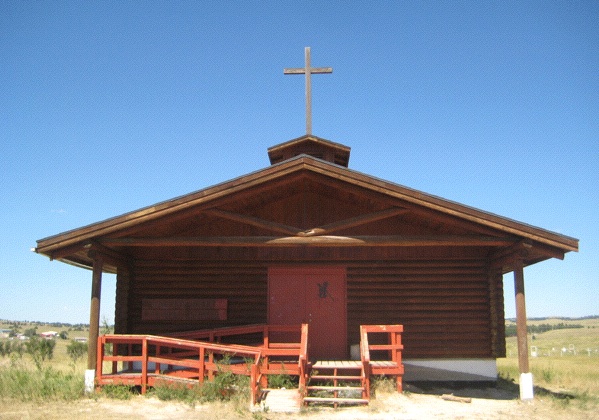 Sacred Heart Catholic Church, Wounded Knee, South Dakota (Photo: Tim Murphy)Whiteclay, Nebraska—We’d barely gotten to the Oglala Sioux Pine Ridge reservation before we were told we should probably leave. The main road through was under construction, and we stopped to ask a woman holding a stop sign how to get to Wounded Knee. She set us straight, but then, as we were ready to go, offered some helpful advice: “Don’t get out of the car.”

“Don’t stop anywhere. Don’t get out of the car.”

Of course, I don’t think she meant we should stop in Whiteclay either. For the uninitiated, Whiteclay is the very first outpost* you hit driving south out of the reservation, folded just under the Nebraska state line. On this trip, I’ve seen cities that have died and cities that have been left for dead, but I’ve never passed through a place quite like Whiteclay, so one-dimensional in its horror it feels undead. Maybe the best way to fully understand the town’s purpose in life is to just run the numbers, Harpers Index-style:

8: Number of people I saw drinking or passed out on the sidewalk at noon on a weekday.

90: Percentage of those beer cans that were purchased by American Indians.

You get the picture. Alcohol sales are illegal on the Pine Ridge reservation, so Whiteclay emerged, like so many fireworks shacks and casino parlors across the continent, to give its neighbors across the border a quick fix. Nice, right? It’s what capitalism must have looked like to Leon Czolgosz.

Drinking is the big thing, but there’s also, according to some reports, human trafficking going on in Whiteclay. And there was a string of unsolved murders a few years back. So maybe “one-dimensional” wasn’t quite accurate, but I wouldn’t exactly call the place “versatile,” either.

All of which has prompted Oglala in Pine Ridge, along with outside activists, to push for Whiteclay’s liquor stores to be shut down (it does, after all, kind of defeat the reservation’s ban on liquor sales). This has been going on for more than a decade now, but thus far to no avail. Nebraska Governor David Heineman’s office recently explained to Indian Country Today that, since most of the purchasers are coming from South Dakota, there was really nothing that he, as the governor of Nebraska of all places, can do about it. Actually, the wording his office used was that the issue was “complex and complicated,” which is a great way to describe most things governors deal with, but something governors manage to only use to describe the things they don’t deal with.

Heineman isn’t the only one taking a pass on Whiteclay, though. As former South Dakota Sen. James Abourezk explained in the Times last July, since Whiteclay’s liquor stores were only made possible by a 1904 presidential executive order creating a loophole in what was supposed to be a 50-mile buffer zone around the reservation (whether the executive order was even legal is disputed), President Obama could simply shut the stores down at any moment with a flourish of his pen.

I should add that the only reason I drove through Whiteclay in the first place was because of Ian Frazier’s excellent book about Pine Ridge, On the Rez, which should more than fill in any details about the town I may have missed. Frazier twice begins to describe the town and then stops himself because he doesn’t feel ready. Eventually, he composes this little ode, which kind of stuck with me:

*Update: A lot of people on Facebook have taken offense to the original wording here, “Whiteclay is the very first outpost of civilization (to put it generously) you hit driving south out of the reservation.” I should clarify that I absolutely didn’t mean to suggest that the reservation somehow isn’t “civilization”; only that there’s geographically nothing between Pine Ridge and Whiteclay, and “civilization” in that context is literally just referring to “place where people are clustered,” and not some sort of anthropological concept. I’ve adjusted the wording to eliminate any confusion.