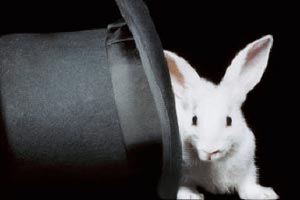 The National Oceanic and Atmospheric Administration took heat at a congressional hearing Thursday for the much-debated report released earlier this month that gave the impression that most of the oil in the Gulf had disappeared. In testimony, a top NOAA scientist admitted that the report was released before it had gone through full scientific review.

As I reported previously, the agency has been unwilling to hand over the supporting data for the government’s “oil budget” released on August 4. And in a call with congressional staffers yesterday, NOAA indicated that the information won’t be available for months, raising questions as to whether the claims were released prematurely, and who called for that early release. Basically, what the government handed out to reporters and the public earlier this month was a pie chart saying where the oil was, but very little of the supporting evidence to back up those claims.

Bill Lehr, a senior scientist in NOAA’s Office of Response and Restoration, told the Energy and Environment Subcommittee on Thursday that the report was an “estimate for response purposes,” not a final report. The full, peer-reviewed report with supporting information won’t be available for some time because, he said, “We want to make sure it’s done right.”

But Ed Markey (D-Mass.), chair of the subcommittee and the only member present for the hearing (it is, after all, recess), said the report had given “many people a false sense of confidence regarding the state of the Gulf” and should not have been released until it was complete. “If you are not confident it was right, it shouldn’t have been released ..That is obviously of great concern to people in the Gulf. They don’t want to be forgotten. They don’t want this to be downplayed or low-balled, which is the case in some quarters since this has been released.”

Lehr said that the report was delivered to the National Incident Commander, who is charged with overseeing the response effort in the Gulf, in order to provide guidance for response efforts; rather than ask the commander (currently Thad Allen) to wait for the peer review process, they released this initial finding, Lehr said. Even though NOAA and the other agencies that contributed to the report rushed the findings out the door, the data, methodology, assumptions and supporting literature won’t be made public until it’s been peer reviewed. “We wanted to provide a complete document that provides all the answers,” said Lehr, adding, “It’s still being compiled.”

Without that data, it’s impossible for independent scientists to evaluate the study, and to use it to determine the appropriate response to the oil that remains in the water, Markey said. “The public has the right to know right now what is going on in the Gulf of Mexico,” said Markey.

Lehr also noted that, despite the fact that some administration officials, most notably White House energy and climate adviser Carol Browner, have claimed that “more than three-quarters of the oil is gone,” in reality “about three-fourths” of oil is “still in the environment”—dispersed, dissolved, evaporated, and at or below the surface. Browner had also said that the findings had “been subjected to a scientific protocol, which means you peer review, peer review and peer review” at a press conference on the report, which appears not to be the case.

The criticism of the government report comes as other independent studies this week concluded that not only has the oil not vanished, but it could be significantly more dangerous that we’ve been led to believe. Scientists at the University of Georgia have found that the vast majority of the oil is still in the water. Scientists from the University of South Florida have a new study finding that the oil suspended underwater may be more toxic to microorganisms in the Gulf than researchers previously thought. And researchers from Woods Hole Oceanographic Institution released yet another study contradicting government reports. Theirs found that not only is the dispersed oil hanging in a 22-mile-long, one-mile-wide plume, it’s also degrading much more slowly in the plumes than it would at the surface. “The plumes could stick around for quite a while,” study co-author Ben Van Mooy told the AP. (The government’s top scientists, meanwhile, have claimed that the oil in the Gulf is degrading rapidly.)

Those sentiments were echoed by other independent researchers who testified at Thursday’s hearing. “This oil is going to be in the environment for a long time,” said Ian MacDonald, an oceanographer at Florida State University. “There’s a lot of oil, it’s not gone, and it’s not going away quickly.”

MacDonald also indicated that he believed the official government oil budget was released prematurely. “I feel that this report was misleading,” he said. “It’s impossible for someone reading this report to check the numbers, and we have concerns about the numbers.”