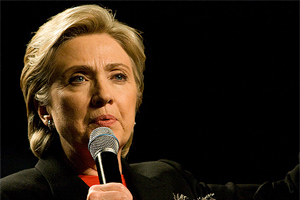 The UN Convention on the Rights of the Child was first issued in 1989 as a landmark human rights document defining basic rights for children under the age of 18. It’s so uncontroversial that every member of the UN has signed it. Every member, that is, but the U.S. and Somalia, and the only reason Somalia never signed it is that it hasn’t had a functioning government capable of signing. But even that wretched country last year announced plans to ratify the treaty. So that leaves the U.S. as the only civilized country in the world that won’t ratify an international document pledging to create a legal culture that acts in the best interest of the child (rather than, say, treats them like chattel). During the 2008 campaign, President Obama observed, “It’s embarrassing to find ourselves in the company of Somalia, a lawless land.” His administration has attempted to revive efforts to get the damn thing ratified after more than 20 years of political wrangling.

But it doesn’t look like the treaty is going to get anywhere on Obama’s watch, either, despite having renowned children’s rights lawyer Hillary Clinton running the State Department. Religious conservatives, especially in the homeschooling movement, are raising a stink about the treaty and trying to get Congress to pass a constitutional amendment that would make it virtually impossible for the US to ever ratify it. Their main objections? Under the treaty, “parents would no longer be able to administer reasonable spankings to their children,” the government couldn’t sentence teenagers to life in prison, kids could get sex-ed and birth control if they wanted it, and–gasp!–children would be able to choose their own religion, according to a fact sheet published by ParentalRights.org, an outfit headed up by Michael Farris, the homeschooling movement’s legal mastermind. The group is dedicated to winning passage of the parental rights amendment.

On Sunday, WorldNet Daily reported on the latest fury over the UN treaty and a renewed interest among conservatives in fighting it. WND noted that 31 Republicans in the Senate have expressed opposition to ratification in a move that seems directly related to the rise of the tea party movement. Farris told WND, “The whole notion that government wants to invade our lives in every sphere has awakened the American public, and frankly has aroused a sleeping giant.”