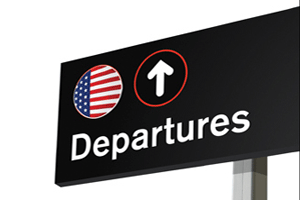 In September 1998, I was handed a submission for a proposed book by Chalmers Johnson.  I was then (as I am now) consulting editor at Metropolitan Books. 9/11 was three years away, the Bush administration still an unimaginable nightmare, and though the prospective book’s prospective title had “American Empire” in it, the American Empire Project I now co-run with my friend and TomDispatch regular Steve Fraser was still almost four years from crossing either of our minds.

I remembered Johnson, however. As a young man, I had read his book on peasant nationalism in north China where, during the 1930s, Japanese invaders were conducting “kill-all, burn-all, loot-all” operations. Its vision of how a revolution could gain strength from a foreign occupation stayed with me. I had undoubtedly also read some of Johnson’s well-respected work on contemporary Japan and I knew, even then, that in the Vietnam War era he had been a fierce opponent of the antiwar movement I took part in. If I didn’t already know it, the proposal made no bones about the fact that he had also, in that era, consulted for the CIA.

I certainly turned to his submission—a prologue, a single chapter, and an outline of the rest of a book—with a dubious eye, but was promptly blasted away by a passage in the prologue in which he referred to himself as having been a “spear-carrier for empire” and, some pages in, by this passage as well:

“I was sufficiently aware of Mao Zedong’s attempts to export ‘people’s war’ to believe that the United States could not afford to lose in Vietnam.  In that, too, I was distinctly a man of my times.  It proved to be a disastrously wrong position.  The problem was that I knew too much about the international Communist movement and not enough about the United States government and its Department of Defense.  I was also in those years irritated by campus antiwar protesters, who seemed to me self-indulgent as well as sanctimonious and who had so clearly not done their homework [on the history of communism in East Asia]… As it turned out, however, they understood far better than I did the impulses of a Robert McNamara, a McGeorge Bundy, or a Walt Rostow.  They grasped something essential about the nature of America’s imperial role in the world that I had failed to perceive.  In retrospect, I wish I had stood with the antiwar protest movement.  For all its naïveté and unruliness, it was right and American policy wrong.”

I was little short of thunderstruck. I knew then—and I think it still holds today—that no one of prominence with Johnson’s position on the war and in his age range had ever written such a set of sentences. At that moment, knowing nothing else, I made the decision to publish his book. It was possibly the single most impulsive, even irrational, and thoroughly satisfying decision I’ve made in my 30-odd years as an editor in, or at the fringes of, mainstream publishing.

Though I didn’t have expectations for the book then, the rest is, quite literally, history. After all, its title would be Blowback, a term of CIA tradecraft that neither I nor just about any other American had ever heard of, and which, thanks to Johnson, has now become part of our language (along with the accompanying catch phrase “unintended consequences”). On its publication in 2000, the book was widely ignored. In the wake of the attacks of September 11, 2001, however, it seemed nothing short of prophetic, and so, in paperback, stormed those 9/11 tables at the front of bookstores, and soared to bestsellerdom.

That I ever edited Blowback or Johnson’s subsequent books was little short of a fluke, one of the luckiest of my life. It led as well to a relationship with a man of remarkable empathy and insight, who was then on a no less remarkable journey (on which I could tag along). Now, a new book of his, Dismantling the Empire: America’s Last Best Hope, has arrived, focused on the many subjects—from our empire of bases to the way the Pentagon budget, the weapons industries, and military Keynesianism may one day help send us into great power bankruptcy—that have obsessed him in recent years. It’s not to be missed. (Be sure to catch Timothy MacBain’s latest TomCast audio interview in which Johnson discusses that empire of bases and his new book by clicking here or, to download it to your iPod, here.) Plus, click here to read a related article by Chalmers Johnson.