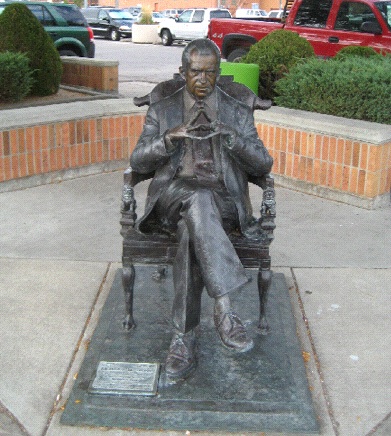 Rapid City, South Dakota—See that there? That’s our 37th president, Richard Milhous Nixon. And while you can’t see it in this photo, he’s actually sitting right across from a 24-hour Hardee’s just off Main Street in southwest South Dakota’s largest metropolitan area.

Since Rapid City fancies itself as the gateway to the Black Hills, its street corners are decorated with statues of all the presidents who didn’t make it up onto the side of the big mountain. Calvin Coolidge is there, holding a saddle for some reason. So are Herbert Hoover and John Quincy Adams. It’s Mount Rushmore’s Island of Misfit Toys.

So what’s even going on in this photo? Why is Nixon smiling like that? Why are his hands clasped? What’s up with the menacing lizards just below the arm rests? Why is he flashing so much ankle? Did he just put a hit out on McGovern or something? What is the deal?

I have no idea, but maybe you do. Send us your best caption ideas in the comments, or ping me @timothypmurphy, and I’ll post the winner later today.

Profile shot below the jump, in case this one didn’t do it for you.

Update: We have winner: “Release the hounds, Smithers,” from commenter Eric Dana. I would also have accepted “Bring me the muggle, Nagini.” 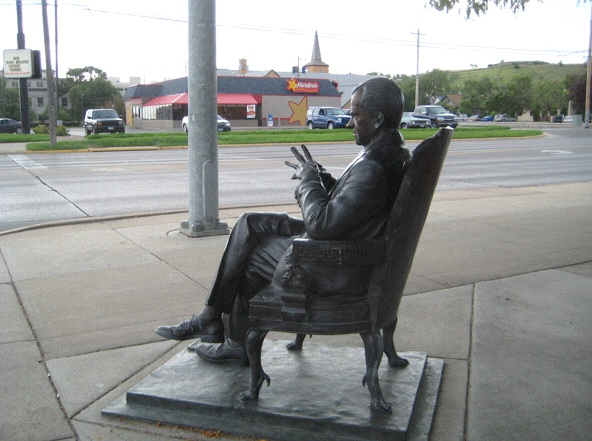