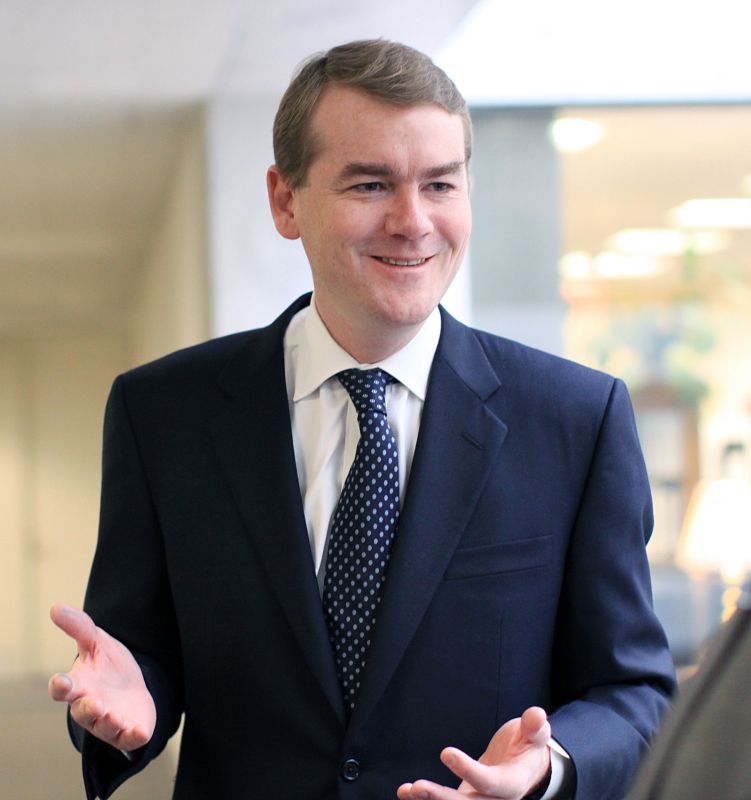 Like a gambler with nothing to lose, Andrew Romanoff, the Colorado Democrat running for US Senate, has gone all in.

A few weeks ago, the 43-year-old sold his Denver bungalow and loaned $320,000 of the proceeds to his campaign. Soon after, he unleashed a stinging attack ad, simply titled “Greed,” on his primary opponent, Sen. Michael Bennet. The ad accuses Bennet, who previously worked for conservative billionaire Phil Anschutz, of pushing a movie-theater chain into bankruptcy and in the process looting it to the tune of $1 billion. And this past weekend, Romanoff latched onto the New York Times’ probe into a controversial financial deal brokered in 2008 by Bennet, then the head of the Denver Public Schools. (Bennet denied many of the newspaper’s claims; his response is here.)

So far, Romanoff’s offensive has worked. After trailing Bennet by as many as 17 percentage points in mid-June, Romanoff staged a late-summer surge. By the end of July, he’d shrunk Bennet’s lead to 4 points, according to a Zata3 poll, and even led by 3 points in a Denver Post-Survey USA poll. (The primary’s latest poll, by Public Policy Polling, shows Bennet ahead by single digits.) Either way, Romanoff’s push, boosted by an endorsement from Bill Clinton, has transformed a no-contest race into one of the most closely watched primaries of the month, pitting an liberal career politico against the Democratic Party’s anointed candidate.

But will Romanoff’s mettle, creativity, and willingness to attack be enough to topple the deep-pocketed, Obama-backed Bennet operation?

Not likely, according to Colorado State University political scientist Kyle Saunders. While Romanoff’s attacks have whittled away Bennet’s support, those kinds of tactics rarely sit well with voters. “It should be said that these kinds of negative ‘Hail Mary’ strategies are often employed by candidates who trail by large margins—and they are rarely successful,” Saunders writes in an email. John Straayer, another poli sci professor at Colorado State, concurs, saying Romanoff could see a backlash in the polls from his recent attack ads. “The one or two recent, over-the-top attack ads were negatives for Romanoff,” Straayer says. “How does that net out with Romanoff’s earlier campaigning, and particularly in the context of the early mail ballots trickling in? I don’t know.”

Apart from criticizing Bennet, Romanoff has dragged Colorado’s primary left in an effort to appeal to Colorado’s deep-blue Democratic electorate. Both candidates have, as a result, touted their liberal cred, with Bennet stumping for a health care public option and Romanoff calling for a single-player system. Romanoff’s liberal play could pay off, experts say, if voter turnout today is lower than expected. That would mean that mostly hardcore Democrats turned out for Tuesday’s primary while moderates stayed home, a showing that favors Romanoff. But if turnout is higher, then the advantage goes to Bennet, who’s gone from political unknown to household name in Colorado. “Higher turnout very often helps the candidate with the most name recognition, and in this case that is Bennet, mostly due to his incumbent status,” Saunders says.

Of course, Bennet is hardly your typical incumbent candidate. He was nominated to the Senate last year by Gov. Bill Ritter, who passed over Romanoff, after Ken Salazar became the Obama administration’s Interior Secretary. That hardly qualifies Bennet as an entrenched Washington figure—a point he’s stressed time and again, recently telling the Times, “I bring a perspective that is different from what a lot of people in Washington bring to the job and what Andrew would bring.” And while Romanoff has cast himself as a political outsider, both Saunders and Straayer say his role as the former Colorado House speaker makes his posturing difficult to believe. “Romanoff has tried to define Bennet as an ‘insider,'” Saunders says, “but it’s been a difficult endeavor because neither really fits any role: Bennet doesn’t have the feel of an insider incumbent, nor does Romanoff have the feel of an ‘outsider’ to be able to make those kinds of claims.”

So, in a primary race where the typical “incumbent” and “outsiders” are flipped on their heads, who do Colorado Democrats believe, and who will they vote for today? In the end, Bennet’s far more impressive campaign war chest—he’s raised $7.7 million compared to Romanoff’s $1.96 million—and party backing could make the difference. Bennet currently has the Obama grassroots machine, Organizing for America, working on his behalf, and the president himself recently joined in on a tele-town hall to boost Bennet. And with early mail-in votes suggesting that today’s turnout will be higher, the stars appear to be aligning over the Colorado prairie for Michael Bennet.