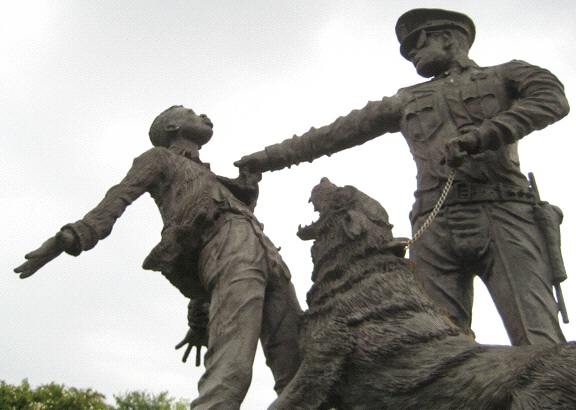 States Rights: America at its best and worst: Kelly Ingram Park in Birmingham, Alabama (Photo: Tim Murphy)Birmingham, Alabama—Forget teachable moments; if you want a break from the national conversation on reverse racism, head to Kelly Ingram Park in Birmingham. Just across the street from the late Rev. Fred Shuttlesworth’s 16th Street Baptist Church (bombed by the Klan in 1963), the park was the launching point for the student marches in 1963, which broke the back of the city’s segregation regime—but not before Birmingham police broke out the fire hoses, handcuffs, and un-muzzled German Sheppards.

On a programming note, I’m finishing up a longer post on my Civil Rights swing through the South and America’s greatest living metaphor, but while the world waits, take a minute to a.) watch this somewhat related clip from MLK’s “How Long, Not Long!” speech, on the steps of the old Confederate capitol in Montgomery, because it’s worth watching every three or four months, and 2.) try to come to grips with the fact that the drummer from the Spin Doctors once released a song (with corresponding music video!) about the Edmund Pettus Bridge in Selma. Go Spin Doctors!

(Special bonus photo below the jump) 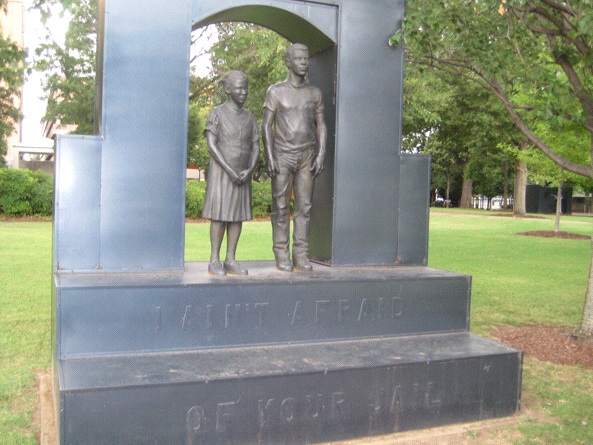