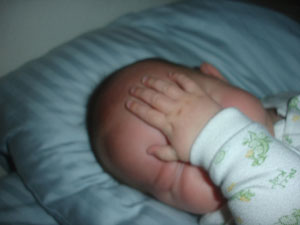 Jon Cohn has already pretty thoroughly demolished Robert Samuelson’s Washington Post “Obamacare” op-ed from this morning. But I wanted to highlight one especially amusing/depressing failure on Samuelson’s part. In the column, which focuses on how problems for Massachusetts’ health care system could become problems for Obamacare, Samuelson mentions a state commission’s recommendation that Massachusetts move away from “fee-for-service—which ties reimbursement to individual services” because it “rewards quantity over quality and discourages coordinated care among doctors and hospitals.” The commission, Samuelson explains:

But the commission offered no blueprint, and efforts to craft consensus among providers, consumer groups and insurers have failed. State Senate President Therese Murray, an advocate of payment change, has given up for this year. “Nobody is in agreement on anything,” she told the Boston Globe.

What Samuelson misses, however, is that the Affordable Care Act (dreaded “Obamacare”) includes a provision implementing the recommendations of the commission. It’s Section 2705 of the law, and it was inserted by Massachusetts Sen. John Kerry (see here, “modified Kerry #C3”). In other words, the Massachusetts senator successfully inserted the Massachusetts’ commission’s recommendation into the health reform law so Massachusetts could move forward on it. Sure, the Kerry provision only applies to Medicaid and is limited to five states. But the main point holds: The specific thing that Samuelson says isn’t happening, but should, is actually happening right now.