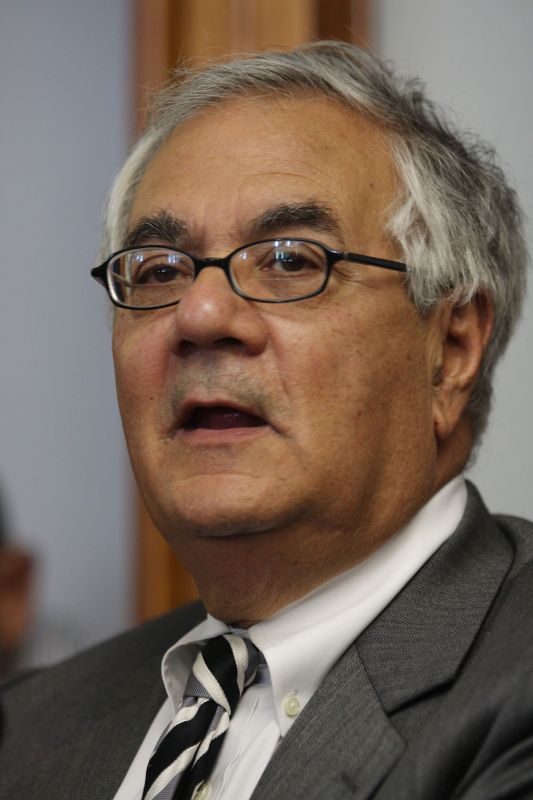 On Thursday afternoon, the Senate passed the sprawling Dodd-Frank financial reform bill, the culmination of more than year of hearings, debates, negotiations, backroom deals, bickering, and an onslaught of lobbying by everyone from consumer advocates to the world’s biggest banks. But despite the bill’s 2,300-page length, Dodd-Frank leaves huge questions unanswered in the future of financial markets in the US. Here are five of the biggest unknowns in the bill, which now heads to President Obama’s desk for signing next week.

The Dodd-Frank bill will create a new Consumer Financial Protection Bureau, housed in the Federal Reserve, solely devoted to combating consumer abuses in the marketplace. Think predatory mortgage lending, payday lenders, check cashers, and so on. (But not auto dealers.) The independent bureau will have a budget of around $450 million to $500 million, and more importantly, will be led by a presidential-appointee confirmed by the Senate. The first leader of the CFPB is crucial: It’s could mean the difference between a tough, successful agency and a dud.

The creation of the Securities and Exchange Commission, in the 1930s, offers a telling example. President Franklin D. Roosevelt chose Joseph Kennedy as the SEC’s first chairman, and while the two men weren’t exactly friends, FDR couldn’t have made a better choice. Kennedy quickly established the SEC as a regulatory force to be reckoned with, and set up the SEC for decades of success. (At least until that Madoff guy came along…)

If Obama chooses someone like Elizabeth Warren, the Congressionally-appointed bailout watchdog who’s a tenacious consumer advocate, then the CFPB will likely emerge as a powerful ally for average Americans. However, should Obama choose to go the easy route, choosing someone less committed to consumer protection and tough regulation, then the new CFPB could very well be dead on arrival.

The Dodd-Frank bill will create a new council of regulators tasked with monitoring too-big- or too-interconnected-to-fail banks. The purpose here is to prevent the next AIG or Citigroup from threatening the entire economy. But that council is made up of the same folks who were asleep at the wheel in the run-up to the 2008 meltdown—the Treasury, Office of the Comptroller of the Currency, Federal Reserve, SEC, Commodity Futures Trading Commission, and more. Not exactly an inspiring roster of watchdogs, especially if a future president installs a bunch of laissez-faire, Milton Friedman acolytes in those top regulatory posts.

Moreover, there have been plenty of mixed messages on what exactly the council will do. Will it identify systemically risk banks in the making and stop the problem early on? Or will it wait for those banks to become too-big-to-fail and then euthanize them? Treasury Secretary Tim Geithner recently suggested it was the latter. When banks run into trouble, he told NPR, “we won’t give them a second chance. We will dismember them, put them out of existence.” That statement suggests a much more reactive stance by the council.

Does that really solve the too-big-to-fail problem? Many economists say no. “The legislation will not reign in [too-big-to-fail] banks and they will be at the heart of what happens next,” Simon Johnson, author of 13 Bankers and former chief economist at the International Monetary Fund, wrote in an email.

One of the most heated battles in the writing of Dodd-Frank was new regulation of derivatives, the complex financial products that derive their value from an underlying source (a mortgage’s value, the price of oil). Right now, most derivatives are traded “over the counter,” which means completely in the dark, without transparency on trading prices, volumes, and parties to a deal. Dodd-Frank sheds a considerable amount of light on the $600 trillion OTC derivatives market. It forces trades to go through a clearinghouse, a derivatives middle-man, so that all parties to a trade have to put up a bit of money as protection in case the trade goes sour. There’s also language in the bill to publicize derivatives trades on an exchange, similar to the New York Stock Exchange. That way one buyer can get a look at the prices other buyers are getting. That kind of transparency will push down prices for all parties.

There’s a big exemption in the derivatives language, though: “End-users” of derivatives are largely exempted from these new rules. What’s an “end-user,” you ask? In theory, it’s a public utility company or an airline or a farmer—someone who’s not gambling with derivatives to make a profit but using them to hedge against fluctuations in commodity (oil, wheat) prices. These end-users didn’t want the extra cost of clearing their trades, so they carved out a loophole for themselves.

In the coming months, as Dodd-Frank is implemented, you’ll see a lot of different companies jostling to get “end-user” status and avoid new regulation. But if that political battle over defining an “end-user” lets too many financial companies in, the end-user loophole could let up to two-thirds of all trades slip by, according to the Project on Government Oversight. It would be the loophole that swallows the rule.

When a bill calls for an idea to be studied, that’s often akin to taking the idea behind the barn and shooting it. Call it the Death-by-Study strategy. The Dodd-Frank bill calls for nearly 70 studies, according to CNNMoney, on subjects as varied as implementing a fiduciary standard for brokers, analyzing reverse mortgages, and regulating carbon markets. In some cases, these studies were originally new rules or directives to regulators but were watered down in the negotiating process.

One of the most contentious studies involves the fiduciary standard, which requires that investment advisers put their clients’ best interests over their own. Right now, brokers are not held to the same standard as investment advisers, even though the two are very often confused. That’s a major problem, say groups like the North American Securities Administrators Association, an organization representing state securities regulators. Since brokers are still not required to put the interests of their clients first and foremost, they can sell consumers financial products that may not be safest—but that reap big commissions for the brokers. Groups like NASAA say a fiduciary duty for brokers is necessary to protecting Main Street investors from buying overly risky products from their brokers.

Studying the effects of a broker fiduciary duty makes sense—except in 2008 the RAND corporation did just that. We already know what the study called for in Dodd-Frank will find—that investors confuse brokers with investment advisers (who do have a fiduciary duty), and that investors would benefit if both groups were held to the same, higher standard. Now we have to wait up to 18 months, says NASAA spokesman Bob Webster, to see if brokers are held accountable or not.

5) Can We Rely On Regulators?

The Dodd-Frank bill is not a “Wall Street reform bill”; in fact, it changes very little about how Wall Street actually functions. The bill passed today instead is an overhaul of how regulators oversee the financial system, how they monitor big banks and mortgage brokers and the so-called shadow banking system. The bill takes existing regulators and reshuffles them in new ways (the council of regulators, for instance); it also creates new regulators (the CPFB).

But is a reimagining of financial regulation the way to prevent the next crisis? That’s a question a lot of experts, journalists, and lawmakers have asked. Really, only time will tell. The bill arguably does nothing to slow the “financialization” of the US economy—the process by which the job of slicing and dicing money, of finding new and exotic ways to package debt, eats up more of the nation’s economic activity. Regulators won’t stop that, and as many economists see it, they won’t stop the rise of future megabanks, either. After all, these were the same regulators who missed the signs leading up the 2008 crisis—and if history’s any indication, they’ll be tough cops on the beat for a few years, then slip back into complacency once again.

There’s no doubting that Dodd-Frank is a major legislative accomplishment, the crowning moment in Connecticut senator Chris Dodd’s long career. But will it prevent the next financial crisis? The chances don’t look good.