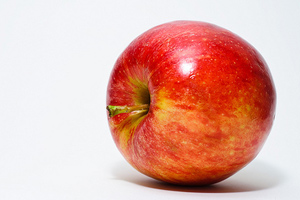 On Tuesday, Education Secretary Arne Duncan named eighteen states and the District of Columbia as finalists in the second round of Race to the Top, an education reform competition with $3.4 billion still up for grabs. But as states continue overhauling their public schools in hopes of winning some desperately needed cash, President Obama’s other major education reform initiative is stalling in Congress.

Funded by the 2009 economic stimulus and kicked off early this year, Race to the Top has led states to evaluate teachers based on student achievement, loosen statewide limits on public charter school growth, and adopt national curriculum standards. In years past, when billion-dollar carrots were not being dangled before states with massive education budget gaps, these reforms would have taken years of squabbling to enact. Duncan described the large volume of state-level reform as a “quiet revolution.”

Obama’s implementation of another top education initiative—the oft-repeated campaign promise to rewrite President Bush’s unpopular 2002 No Child Left Behind law—has not been as successful. NCLB promoted standardized testing and labeled schools “failing” if students’ test scores did not improve. Currently one third of the country’s public schools fail to meet standards set by the controversial law.

Though Obama pledged to rewrite No Child Left Behind this year, and Duncan released a blueprint detailing the president’s vision in March, election year squabbling has halted policy development. The House and Senate have both held hearings on the law’s reauthorization, and talks among lawmakers are ongoing, but these efforts have so far failed to produce a bipartisan bill, and no committee votes have been scheduled.

Sen. Lamar Alexander (R-Tenn.) told Nick Anderson of the Washington Post that passing a new law this year is unlikely. “I’d say time is up,” Alexander said Tuesday. “I don’t see it happening.”