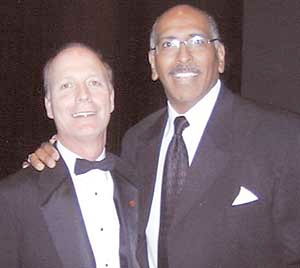 Pop quiz: Your political party, the one with the elephant logo, lost a congressional seat not long after the party’s longtime incumbent turned out to be a closeted gay man texting inappropriate messages to his teenage male ex-interns. The new Democratic congressman, while occasionally prone to foot-in-mouth syndrome, is an energetic young firebrand with national media recognition. Also, the district is mostly in South Florida and mostly registered Democrats. Not much to run on locally here for a GOPer.

What do you do?

You lie and play to your constituency’s deepest fears, according to PolitiFact. That’s what the Pulitzer-winning news site is saying about Republican Dan Fanelli and his latest ad campaign to unseat Rep. Alan Grayson (D-Fla.), he of the regular Rachel Maddow sound-bite showcases. To win, Fanelli needs elderly and retired voters to swing his way. So in a TV spot whose lack of subtlety is rivaled only by its lack of production values, Fanelli is convincing the olds that OBAMACARE is going to BUMP THEM OFF:

PolitiFact‘s deconstruction of this ad—as if it needed it—is truly epic. Turns out the doctor in the spot is a real doctor, a dermatologist who purportedly saved Fanelli’s wife’s life once. But when contacted, the doctor (whose practice accepts Medicare) now says of Obamacare, “It’s not going to happen like in the commercial,” which he stresses should be read only as a “metaphor”…

When asked what evidence he has for the ad’s claims, Fanelli the candidate fumbles:

PolitiFact then goes to some field experts, who confirm that the ad has “no basis in reality whatsoever,” adding: “There is nothing in that bill that I am aware of, or certainly every reporter who has combed every inch of it, that mentions anything about ‘age limits.'” Thus does PolitiFact conclude:

So to recap, Fanelli’s ad offers a dramatic scene that has no solid facts behind it. He claims it portrays “Obamacare,” but he cannot cite any provisions in the health care bill—other than vague fear of a European system—that could cause such a tragic scene. He referred us to his wife’s dermatologist—who also happens to be the star of the commercial—but the dermatologist did not produce any conclusive evidence, either.

So the ad has lots of melodrama but no facts. We find the claim Pants on Fire.

Pants on Fire, by the way, is the same designation the site gave to Sarah Palin for her “death panels” claptrap last year. At least Fanelli has company.

The sad thing here: There is, in fact, plenty to be concerned about when it comes to health care, and rationing, and age…and our very own James Ridgeway deftly navigates those waters, in pieces like this one and a fabulous long story in MoJo‘s upcoming July/August issue.