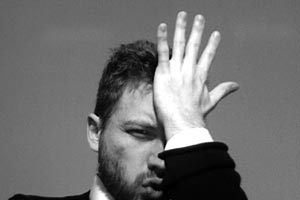 If we were to hold a contest for most tone-deaf oil spill comments by members of Congress, it’d be tough to top Rep. Joe Barton (R-Texas), who actually apologized to BP yesterday, for what he called a “shake down” on the part of the Obama administration to get the company to compensate affected Gulf coast residents, then tried to backpedal (sort of). Oof. But he’s far from the only one: I sure hope our Congresspeople are buying offsets, since there have been an awful lot of gaseous emissions coming from them in the wake of the largest offshore oil spill in US history. Luckily, MoJo reporter Kate Sheppard has been there to document it, tweeting the absurdity live from Washington, D.C. Here, culled from Kate’s tweets, are the top 10 most ludicrous, out-of-touch, and generally embarrassing things our Congresspeople have said in the months since the spill began. Begin cringing…now:

10. John Culberson (R-Texas), 6/15, at a press conference: Argues that the BP oil spill “is an anomaly–like an airplane falling from the clear blue sky.”

8. Michael Burgess (R-Texas), 6/15, at an Energy and Commerce hearing: “If this hearing is not about stopping the leak, then why are we here?”

7. Joe Lieberman (I-Conn.), 5/4, told reporters:”I mean, accidents happen. You learn from them and you try to make sure they don’t happen again.”

6. Pete Olson (R-Texas) on moratorium, 6/15 press conference: “This is a kneejerk reaction by the administration to address a problem that doesn’t exist.”

4. Parker Griffith (R-Ala.), 6/15, at an Energy and Commerce hearing: argued that the treatment of oil executives has been “disrespectful.”

2. Bob Bennett (R-Utah), 6/9, at a press conference: “The bridge to that promised land of renewable energy is built out of fossil fuels.”

1. Joe Barton (R-Texas), 6/17, apologizing to BP CEO Tony Hayward at an Energy and Commerce hearing: “I am ashamed … that a private corporation can be subject to what I would characterize as a shake down.”