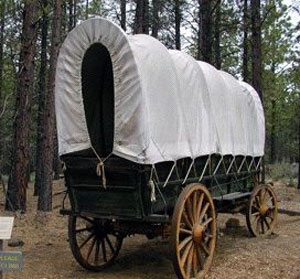 Medfield, Massachusetts — Hello and welcome to the blog! This blog takes its name from Wisconsin Rep. Paul Ryan’s alternative budget proposal for the fiscal year 2011, which would produce a budget surplus by 2080 through a series of massive cuts to entitlement programs like Social Security. That might not be a great idea, as MoJo‘s Kevin Drum has pointed out, but it is, however, a pretty catchy name, and a more or less accurate description of what I’ll be doing for the next three months. Starting tomorrow, I’ll be zig-zagging the country with a friend in a 2003 Mercury Sable. Our itinerary is deliberately vague, but I’ll break it down into three main courses: Boston to New Orleans via the Appalachians, Dixie, and the Gulf Coast; New Orleans to Austin via the Mississippi River, Northern Woods, and Great Plains; and Austin to San Francisco, cutting through the Southwest, Rocky Mountains, and Pacific Northwest. Having spent much of the last year and a half hearing about how the country is falling to pieces, I just want to make sure everything’s still where it should be.

As for what you’ll find in this space, look for the same kinds of political stories you’ve come to expect from MoJo: I’ll be following Tea Party insurgents on the ground in Kentucky and Nevada, dodging law enforcement with an expired passport in Arizona, and reporting on environmental disasters. I’m also fascinated (probably overly so) by the road map itself: What will an atlas of the United States look like 100 years from now, and what might it have looked like today if not for a few hiccups along the way? To that end, I’ll be checking in on upstart secession movements in places like Vermont and northern Minnesota, as well as regions within a state that want a star of their own—like Michigan’s Upper Peninsula and Upstate New York.

Beyond that, check back regularly for little fragments of life in America in 2010—snippets of conversation in coffee shops, interviews (the plan is at least one per day), slow-cooked brisket, minor league baseball, first-hand encounters with bears, obscure historical trivia, giant buildings made out of vegetables, and, God willing, Truck Nutz.

You may have noticed the dateline. It’s not exactly the most compelling dateline in the world—not like “Mouth of the Mississippi, Louisiana” or “Somewhere in Europe on a bus with a four-star general“—but they’ll get better, I promise. As for Medfield, it’s noteworthy for exactly two things: 1) It’s next door to the town of Dover, which is moderately noteworthy for producing a D-list swamp monster known as “the Dover Demon“; and 2) It was burned to ground in 1676 during King Philip’s War, a tragedy from which some say we have yet to fully recover. And that’s it; really. It’s hardly the hub of the universe, but it’s a nice enough town to grow up in, and I suppose if it were a bit more, well, lively, I wouldn’t have spent so much of my childhood poring over maps.

Tomorrow morning, we head due west from Medfield, through Massachusetts, and up into the Green Mountains of Vermont. I hope you’ll tag along. You can follow the trip in somewhat real time on Twitter, too.