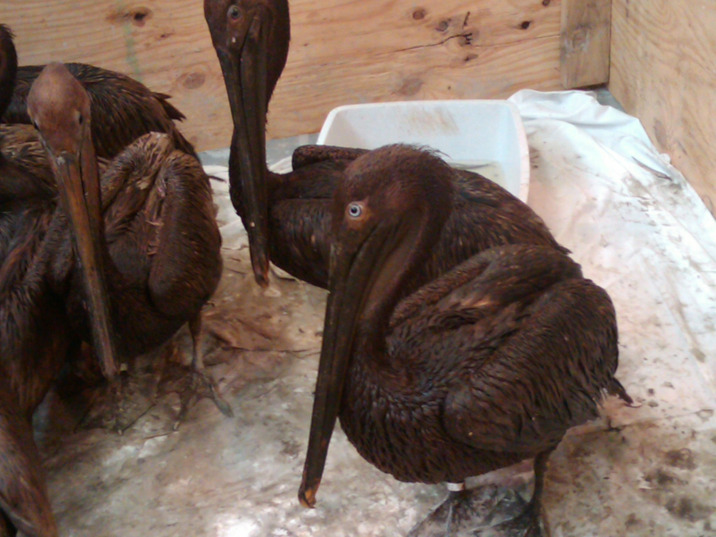 The bird rehabilitation center in Fort Jackson, Louisiana, smells like Sea World: The stench of raw fish is overpowering. But that’s pretty much where the similarities end. It’s a hot, cramped warehouse; the audience consists of profusely sweating reporters; and the unhappy-looking captive animals are covered in oil. At first, the center was only getting a few pelicans a day, but now it gets about 40. As of noon today, 585 visibly oiled live birds have been collected on the Gulf Coast.

All these crates are full of oily pelicans: 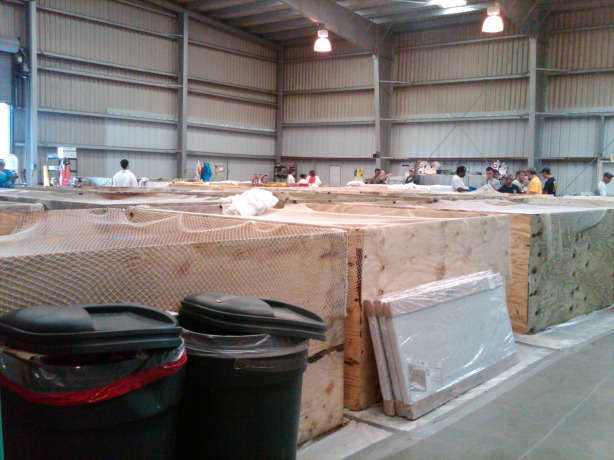 Inside the crates, rescued pelicans huddle together, shaking like mad: 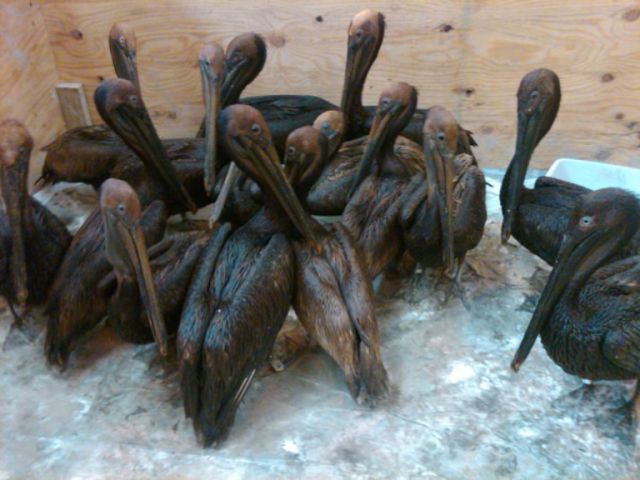 Before the pelicans are cleaned, they’re given get at least 48 hours to rest up enough to survive the stress of being washed. During this “stabilization period,” the birds are rehydrated, attended to by vets, and warmed up—oil destroys their temperature-regulating processes and they can freeze to death, even in the summer heat. They’re also kept from preening themselves so they don’t ingest more oil. When it’s their turn to be cleaned, the birds move through something of an assembly line, getting pretreated, then scrubbed down, then rinsed: 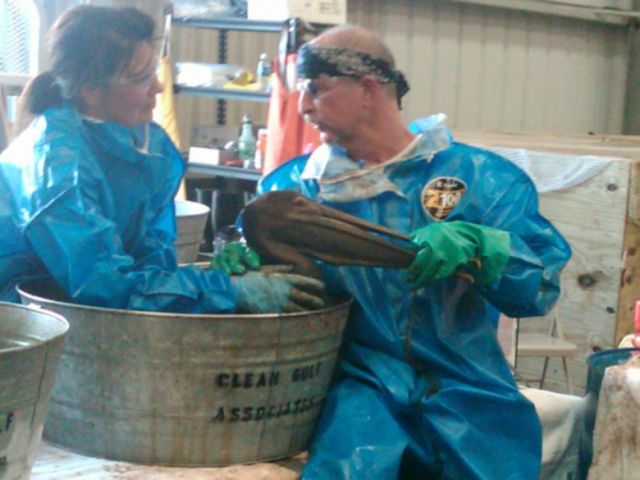 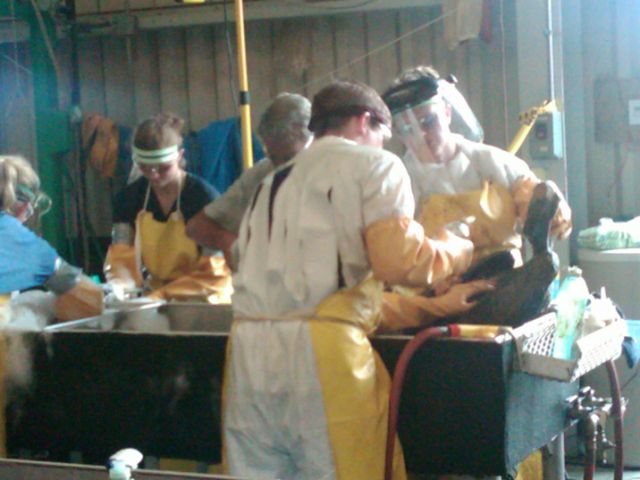 Toothbrushes and soft sponges are used around the eyes and other sensitive areas. The rehab crew members try to maintain a firm but gentle grip on the birds as they struggle in the tubs. When the water gets dirty, the birds are moved to new tubs; often, 10 or 15 tubs are required. Sometimes a bird gets too stressed out or tired during and the cleaning has to be stopped. When the process is finally complete, then it’s off to dry out and spend some time in the sun: 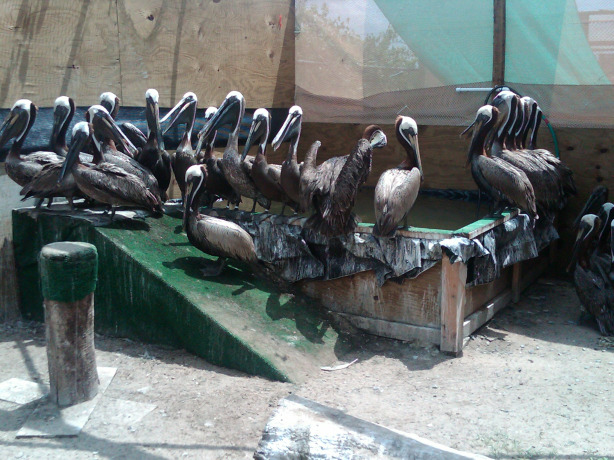 “These are the birds that are all better?” I asked a rehabilitation worker. “These are the birds that are nearly better,” he said. “They won’t be all better until they’re released back into the wild.” And then only maybe, since their survival rate at that point is estimated at 50 to 80 percent—and that’s if they don’t get slicked again. Currently, many cleaned pelicans are being released off the east coast of Florida, so their survival rate may go down if the oil works its way up the Eastern seaboard.

You can watch a video with a sad but thorough explanation of the washing process below.