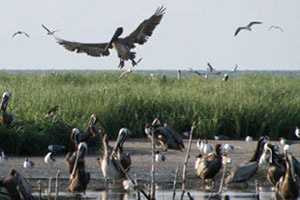 Barataria Bay, Louisiana. Captain Dave Marino took me out today to have a look at the oil spill zone in the Mississippi River Delta. 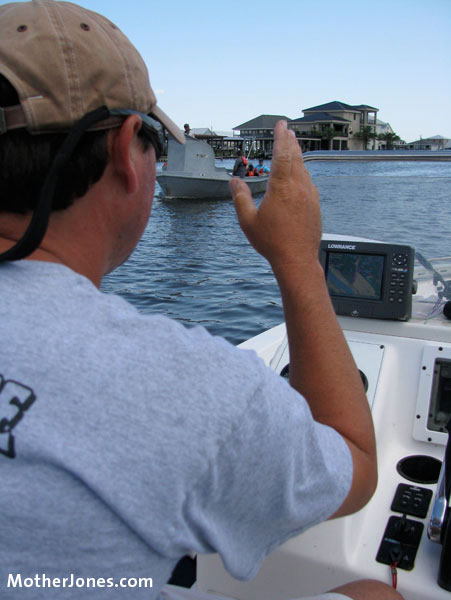 We passed a lot of boats full of men wearing life jackets. Everyone wearing a life jacket is working for BP, said Dave. Because no one around here ever wears one normally. 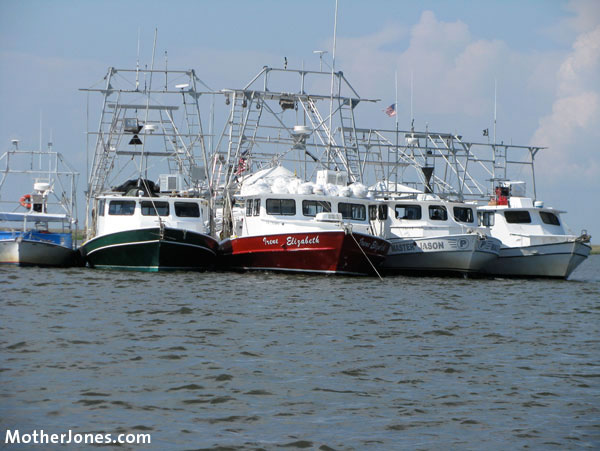 We saw lots of fishing boats—everything from shrimp trawlers on down in size—all deployed in the “lakes,” as they call the open bays of water here. They were working the spill. But they weren’t working. Just waiting, many tied companionably alongside each other. 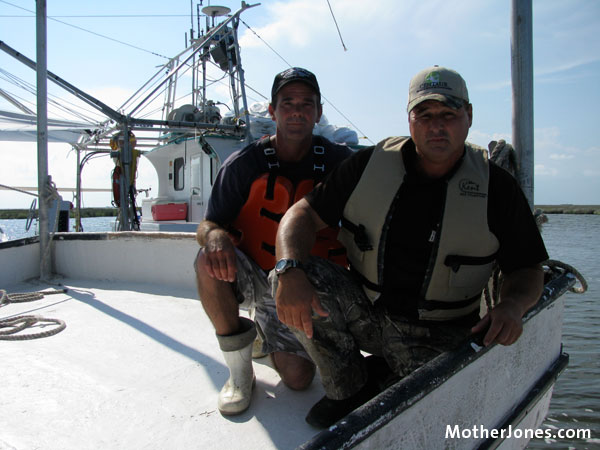 The men were seriously unhappy they can’t fish right now. It’s the best year for brown shrimp ever, they said. They wondered when they’d get to fish again. Some guessed it could be 20 or 30 years. If that’s true, they all know that means they won’t ever fish again. Not here. 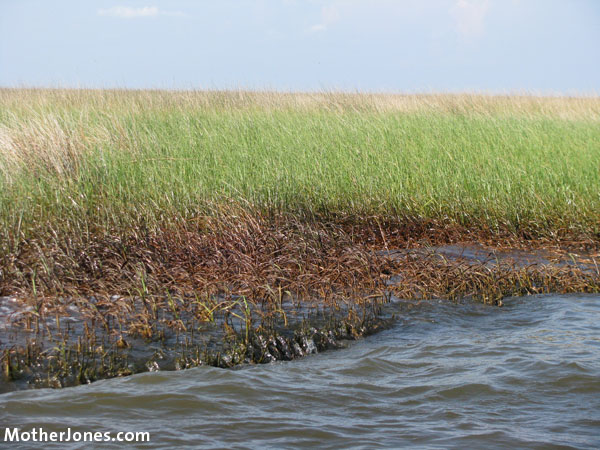 The oil has invaded the waters and the marshy islands. It’s killing the grasses and sedges one row at a time. You can see the difference between dead (gray), dying (brown), and living (green) marsh in this photo. As the dying vegetation becomes the dead it gets ripped away by the waves and the islands start to crumble and disappear. 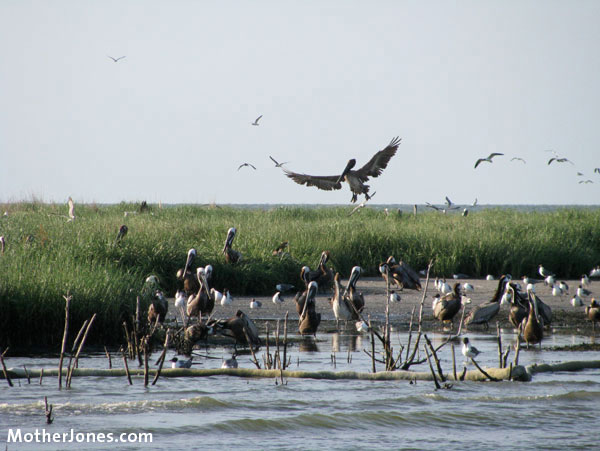 The marshy islands are home to nesting birds and mammals like muskrats. They’re also spawning and nursery grounds for fish and shrimp. 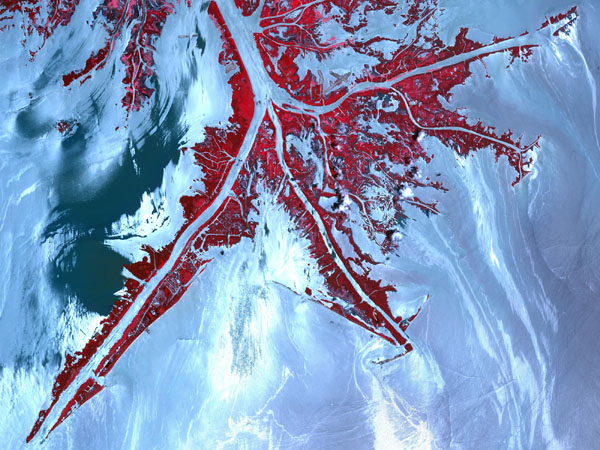 The satellite image courtesy of NASA shows the way the spill came into the region of the Mississippi River Delta on May 24th. 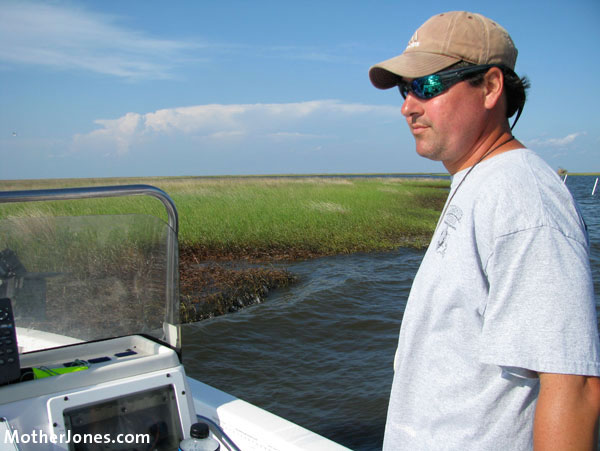 Captain Dave surveyed the dying marshes, the disappearing islands, and asked over and over how they’re going to save any of this. He said he didn’t know if he’d fish right now even if they lifted the ban. It just wouldn’t feel right. The fish need to recover. I can’t believe I’m saying that, he said. I’m a fisherman. 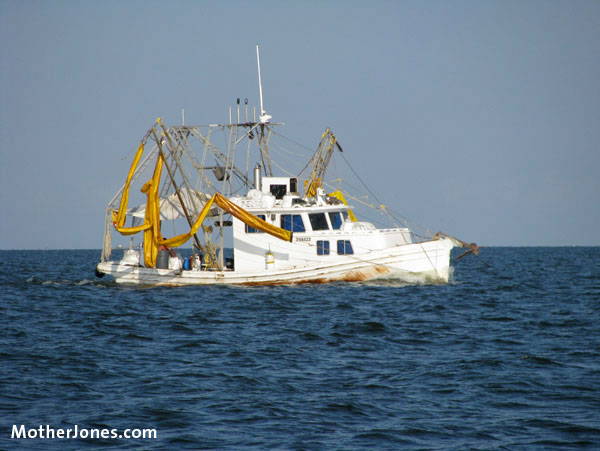 You get the feeling that all the fishermen here are starting to think of themselves as fishermen in the past tense.

The title of the blog post, “No More Fish, No Fishermen,” is taken from a song of the same name, written by Canadian Shelley Posen about the death of the cod fishery in Newfoundland.

Read about Mac’s latest attempts to try and run the BP press blockade here. And if you appreciate our BP coverage, consider making a tax-free donation.