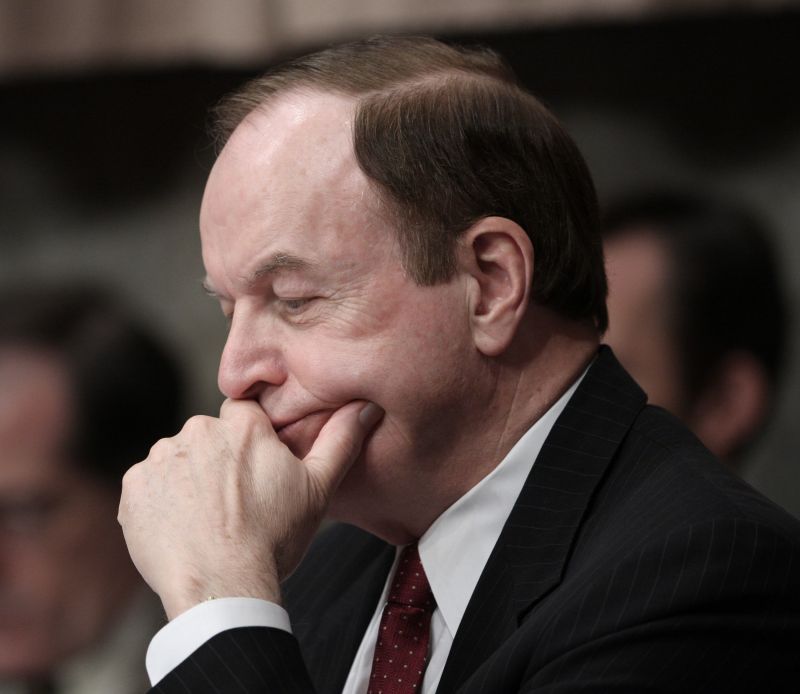 Today, a slew of Democrats and Republicans from the House and Senate delivered their opening shots in financial reform’s final round. In what’s called “conference,” members of both parties and both chambers will spend the next two weeks reconciling their two 1,500-plus-page pieces of legislation that would create a new consumer agency, end taxpayer bailouts, cast light on the $600 trillion dollar derivatives markets, and crack down on financial players from Goldman Sachs to car dealers to payday lenders. By some counts, the path to the conference process has taken two years or more. Yet one of the most striking things from today’s opening statements is how stale and unoriginal the Republicans’ critiques are of the two bills. (In Washington, some call that discipline, I suppose.)

One by one, on the House and Senate sides, from Sen. Richard Shelby (R-Ala.), the ranking member of the banking committee, to the most junior House member, Republicans rehashed the same tired talking points to justify their opposition to financial reform. Chief among those points is the role of Fannie Mae and Freddie Mac, the two government-sponsored housing corporations that are now basically wards of the state. Republicans have a very valid argument when they decry the rising tab needed to bail out Fannie and Freddie, now around $150 billion; and yes, there needs to be legislation to decide the futures of these two wounded companies. But the bills the House and Senate are trying to merge are meant to address the causes of the financial crisis—and, as I’ve explained before, Fannie and Freddie did not cause the crisis. (For an in-depth explanation, read this.)

Still, Republicans far and wide continue to rail against Fannie and Freddie as playing an huge, integral, AIG-esque role in melting down the US economy in 2008 and 2009. And it’s a canard they’ve been espousing since debate on new financial reforms began last spring.

The other beloved GOP talking point is that both the House and Senate bills will usher in an era of perpetual government bailouts of too-big- or too-interconnected-to-fail banks. This one is straight out of the playbook (pdf) of Frank Luntz, the well-known Republican strategist. As Luntz wrote, “Public outrage about the bailout of banks and Wall Street is a simmering time bomb set to go off on Election Day. Frankly, the single best way to kill any legislation is to link it to the Big Bank Bailout.” And that’s exactly what Republicans have done, time and time again.

Which is too bad. We’ve seen what a handful of engaged Republicans—like Sen. Bob Corker (R-Tenn.), a lead negotiator on financial reform earlier this year, or Sen. Judd Gregg (R-NH)—can do if they actually engage with Democrats and offer substantive solutions, instead of slapping a “Bailout Bill” label on the whole thing. But if today’s opening remarks are any indication, it’s look like we’re in for several weeks of bickering and blame-trading that won’t make this bill any better.