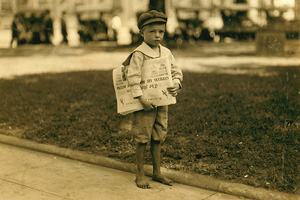 The media revels in pondering over its woes—let’s call it journalism-ism. And while fingers point and doomsayers predict the apocolypse, some organizations are working toward viable solutions. Surprisingly, one of the most proactive is a company largely blamed for catalyzing the problem to begin with: Google.

Google News, a content aggregator that pools articles from over 25,000 publications around the world, has come under heavy criticism from news orgs over its 8-year history for stealing content. Recognizing the importance of creating symbiotic relationships with news establishments rather than working at odds with them, Google is brainstorming a wide range of models that just might save the industry. In a widely-read piece in the June 2010 issue of the Atlantic, James Fallows outlined many of them, including the use of paywalls to charge readers online, though details by and large remained under wrap…until now!

La Repubblica says that, with Newspass, people will be able to log-in to the sites of participating news publishers using a single login. Publishers will be able to designate what type of payment they want to accept, including subscriptions and micropayments. People who find content from participating publishers in Google search will see a paywall icon next to that content and be able to purchase access directly from there using Checkout.

So the details have only been partially unwrapped. But if what La Repubblica says is true, then it seems that Google is developing real solutions to the problem of monetizing online news content (though this magazine proudly offers its content online free of charge). The implications of such a model remain to be seen (if only some sites join on board with Newspass, will readers tend toward sites offering free content? Can paywalls recoup the cost lost to decreased advertising in print?). But reporters need to believe that a successful business model for media orgs will soon be developed. As goes the old adage of academia: Publish, or perish.