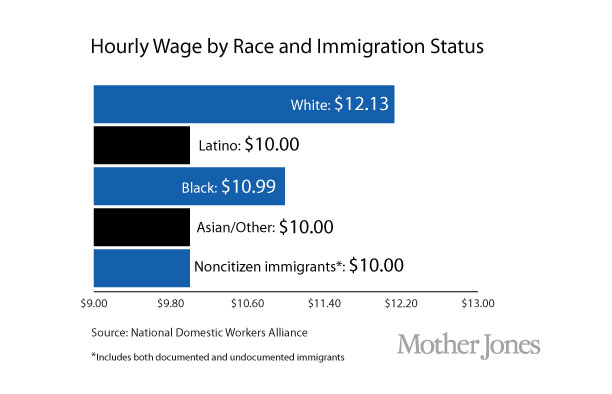 Georgia’s Board of Regents joined the national debate on illegal immigration this week by announcing plans for its public colleges to review every student’s immigration status and identify those who are undocumented, the Atlanta Journal Constitution reports. While illegal immigrants are allowed to attend Georgia’s public colleges, they aren’t allowed to enroll at the less expensive in-state tuition rate. And because undocumented students can’t work legally, the higher out-of-state tuition rate is something most can’t afford.

The Regents began discussing a policy change last month when authorities learned of Jessica Colotl, an undocumented Kennesaw State University student paying in-state tuition. Like many undocumented college students, Colotl entered the US illegally when she was just a child, a 10-year-old who arguably had no control over her ability to come or to stay. There are currently nine states that allow students like Colotl to pay in-state tuition rates lawfully.

(Ultimately, Colotl’s school status may be the least of her worries: There’s a groundswell of support in Georgia to kick her out of the country. “If I were to be deported, I’d have to start all over again,” she told CNN. “I’m hoping for the best.”)

Though the board’s new policy is “well within the law,” says Burns Newsome, the state college system’s vice chancellor of legal affairs, it raises questions about what the colleges will do once they’ve identified an undocumented student paying in-state tuition. Will they force that student to pay the higher rate, or turn the student over to authorities for deportation? The regents have not yet answered this question, but if the latter becomes their prerogative, Georgia’s policy will be no more equitable than Arizona’s hotly-contested immigration law.

Another question the Georgia regents seem uninterested in answering is the cost associated with the new citizenship inspections, according to Errol Davis, the University of Georgia system’s chancellor:

Davis said such checks would be impractical and expensive. The system’s 35 campuses enroll more than 300,000 students and would cost between $25 to $50 conduct each check, he estimated. That money could also be spent to hire about 20 professors, he said.

“If you ask this University System, ‘Is it worth 20 professors to check the backgrounds of students?’ I don’t think you’ll get too many yeses,” Davis said.

Jessica Colotl’s case and Georgia’s policy dilemma highlight the need for passage of the DREAM Act, a bill that would grant temporary legal status for undocumented high school students that complete a degree or certificate program. The bill has been introduced and voted down numerous times since 2001 and now hinges on the fate of comprehensive immigration reform. But each year, support for the bill grows. This year, undocumented students from Miami Dade College marched the 1,500 miles from Florida to Washington, DC to raise awareness of and show their support for the DREAM Act.

Colotl is hopeful her case will tip the balance. “I really believe that something positive should come out of this,” she told the AP. “Probably an immigration reform or at least the DREAM Act.”