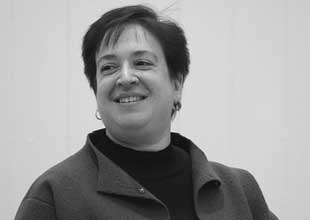 So what have we learned thus far about Supreme Court nominee Elena Kagan after a day and a half of congressional hearings? Well, she still thinks her late boss, Justice Thurgood Marshall, is worthy of hero-worship. She doesn’t do umpire references. And like most Jews, she probably spent Christmas Day at a Chinese restaurant.

Much to the surprise of the Senate Judiciary Committee interrogating her this week, Kagan has turned out to be very funny. She didn’t start out so well. On Monday, she delivered a brief, wooden opening statement, and notably failed to introduce a single family member, friend, or beloved mentor. By comparison, last year, Sonia Sotomayor effusively introduced about 40 of her nearest and dearest godchildren, former employers, cousins, and other relatives in a warm display of humanity. But Kagan hit her stride on Tuesday, when by the end of the day, she actually seemed to enjoy jousting with the likes of Sen. Lindsey Graham (R-SC). And once she loosened up, Kagan proved that she may be a focused workaholic but she’s no stiff.

Early in the day, she shocked the committee with a distinctly snarky comment aimed at Sen. Herb Kohl (D-Wisc.), who solemnly intoned that he would be moving on to discuss her famous comments on how useless Supreme Court confirmation hearings are. “It’s only been half an hour since we heard about that,” she quipped. Kohl even laughed. She had several of the committee members cracking up by the time the day was over.

From the highlight reel (some video here):

“If any of you had come to Harvard Law School, I would have given you a great introduction, too.”—Kagan’s response to Sen. Charles Grassley (R-Iowa), who asked about her glowing introduction at Harvard of controversial former Israeli Supreme Court Chief Justice Aharon Barak. Kagan told committee members that one of her main jobs as dean of the law school was to introduce people.

“I didn’t know a whole lot of law then.”—Kagan answering Grassley’s questions about the Oxford thesis she wrote before going to law school.

“It would mean I’d have to get my hair done more often, Sen. Specter.”—in response to Sen. Arlen Specter’s question about the effect TV cameras might have on the Supreme Court.

“The issues are important ones. Some of them will put you to sleep, of course.”—on potentially televised oral arguments.

“Like all Jews, I was probably at a Chinese restaurant.”—Kagan’s response to Sen. Lindsey Graham (R-SC) who demanded to know where she was on Christmas Day.

It wasn’t just snappy one-liners, either, that had Kagan scoring points for humor. At one point, she startled the crowd when she leaned back in her chair and yelled backwards, “I’m sorry, Charles!” in a laughing apology for having brought her friend and former Reagan-era Solicitor General, Charles Fried, into the proceedings.

The banter prompted Sen. Charles Schumer (D-NY) to observe that Kagan might give Justice Antonin Scalia a run for his money as the justice known for getting the most laughs on the court. “He’s a funny man,” Kagan said of Scalia. Her comment about getting her hair done even brought a grudging compliment from Specter, who broke from his crabby lame duck pose just long enough to admire Kagan’s sense of humor.

The light tenor of the hearings Tuesday afternoon suggested that Kagan is, if not winning any GOP votes, at least performing well enough to win over any of the American public civic-minded enough to watch the hearings on TV. Persuading the public that Kagan is more than a softball player from Harvard law seems like as much the point of the hearings as revealing her legal philosophy. As Specter repeatedly groused, we’re not getting all that much from her that might disprove her 1995 observation that Supreme Court hearings are a “vapid and hollow charade.” These hearings may be a small step up from vapid and hollow, but Kagan will score big-time points with the public if she can at least make hers funny.