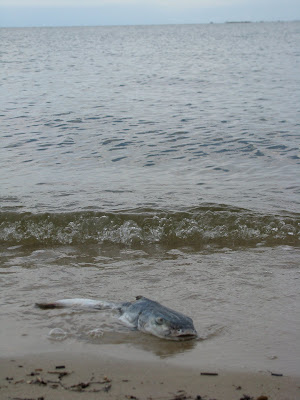 Louisiana spill zone. All up and down this shoreline angry and scared people told me some scary and infuriating stories in the past few days. I heard about the the dead and dying wildlife we’re never going to see because the victims are being carted away to early responder ships and to inaccessible buildings onshore. 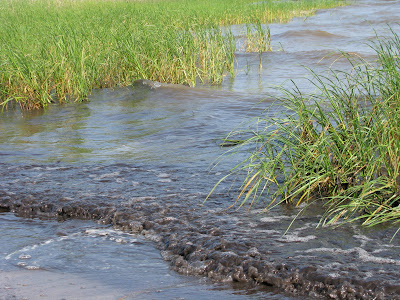 Out of sight, out of mind, I guess. It all seems like a bad Hollywood script. Except it isn’t. I’ve seen some of those photographs which can’t be shown (according to BP’s new orders) of dolphins swimming through thick gunky oil, struggling sperm whales trailing wakes a mile long in thick gunky oil, dead jellyfish in gunky oil. 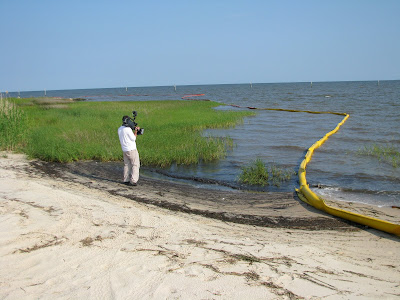 The Louisiana locals are really angry about the lying, threats, and bullying they all complain is coming their way from BP and their contractors. The dead wildlife they’ve seen, which then miraculously disappears, doesn’t actually disappear from their memories. Some of the people I’ve talked with have signed non-disclosures. Whether they have or not, all agree, the people here are furious and desperate. It’s a powder keg, ready to blow. This is Louisiana, they say, we don’t do quiet and obedient. 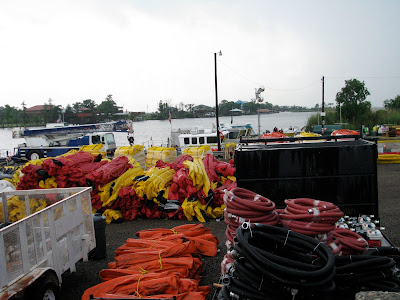