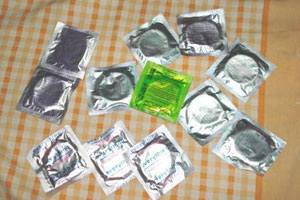 1973 In response to Roe v. Wade, Sen. Jesse Helms (R-N.C.) pushes through an amendment that outlaws US funding for abortions overseas. Even educational and academic materials, such as an international policy journal stating that unsafe abortions increase maternal mortality, are excluded from funding.

1981 Natural family planning, the only birth control method acceptable to the Vatican, becomes a centerpiece of US AID funding during the Reagan administration; funding for abstinence and NFP programs jumps from $800,000 in 1981 to $7.8 million in 1985.

1984 President Reagan—via then-assistant secretary of state Alan Keyes—takes the Helms amendment up a notch: Under what’s known as the Mexico City Policy, no organization that takes American money can be involved in “performing or actively promoting abortion.” The International Planned Parenthood Federation, for example, can’t use US funding to distribute condoms—even if it keeps abortion clinics entirely separate. Bill Clinton ends this “Global Gag Rule” on his first day in the White House; George W. Bush reinstates it (and adds a proviso to keep groups from mentioning abortions, even if only to warn against unsafe, illegal ones). Barack Obama in turn reverses rule on his first day in office.

1985 Congress votes to prohibit foreign aid to any organization that the administration determines is involved in “coercive abortion or involuntary sterilization.” In 2002, the Bush administration will de-fund the United Nations Population Fund for merely having a presence in China; Bush also tells African governments to ban UNFPA-funded groups from distributing US-supplied contraceptives.

2003 A third of the HIV-prevention funding in Bush’s $15 billion President’s Emergency Plan for aids Relief is reserved for “abstinence until marriage” programs (a ratio that will go up to two-thirds by 2005), and condom promotion is allowed only for “high risk” populations such as prostitutes and drug users.

2003 Congress requires that any organization getting US HIV/AIDS funds must pledge its opposition to prostitution. The oath is the brainchild of Bush’s global aids coordinator, Randall Tobias, who resigns in 2004 after being linked to a DC escort service.