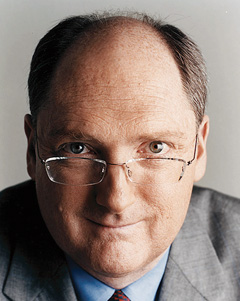 President Obama will give a prime-time address on the oil disaster in the Gulf Tuesday evening. But will that message also focus on the need for energy reform and climate change policy? Might this be the break out moment for an issue that has stalled repeatedly in the past? Eric Pooley has had a front-row seat to the policy debate over this for years, covering the biggest dilemma of our time with prime access to some of the biggest players. I caught up with Pooley last week to discuss his new book on the fight, The Climate War.

Pooley, now deputy editor of Businessweek, has long been one of my favorite reporters on this beat. He not only breaks big stories, but he legitimately gets the issue, both its challenges and its promises. So I have been awaiting his book The Climate War for some time now, which was released last week. It’s a policy book, but one driven by the characters who have been engaged in this war for years. I won’t spoil it for those who haven’t read it, but in it you’ll get a peek at the letter Al Gore sent to President Obama last year about why he should pass a climate bill in 2009, as well as some inside dirt on White House Chief of Staff Rahm Emanuel’s role in pushing climate to the back of the line.

We talked last week as the Senate was debating a measure from Alaska Republican Lisa Murkowski that would effectively neuter the Environmental Protection Agency’s ability to regulate planet-warming emissions. For those who work closely on this issue, it was a frustrating morning. Here we’ve been waiting for the Senate to get around to acting on climate change, and their first significant action of this year ends up being an effort to block progress. “The senate has done everything in its power to avoid doing its job,” said Pooley. “This is the next chapter in that.”

This led to the more important second question: Is the Senate ever going to get around to acting? After all, Pooley’s book remains essentially without a conclusion; it ends around the time of the Copenhagen climate conference, a summit that concluded with a non-binding agreement that leaves the hardest work on climate to future negotiations. At its conclusion, the US lacks its own climate policy, with several initiatives now stalled in the Senate. Right now, carbon regulations face an unclear path forward; they may be included in a broader energy and oil-spill bill, and they may be voted on in a lame-duck Congress post election this year. Or they could get shoved aside again.

The biggest impediment, we agree (and as he notes in an adaptation of the book we featured last week, is the glaring absence of Obama on this issue. “We’re waiting to see if Obama means it,” said Pooley. “The Senate is in need of adult supervision, somebody has to step in and say, ‘I’m the leader of the Democratic party and this is what we’re going to do.’ There’s only one person who can do that, and it’s the president.”

Only the president, he says, can publicly address the concerns of senators from fossil fuel dependent and heavy manufacturing states, and do so in a way that puts them on the spot. “A lot of those senators are using those substantive concerns as a fig leaf to hide their political cowardice,” said Pooley. “But there are legitimate concerns some people have. Even if they’re a fig leaf, you have to remove that fig leaf so their political needs stand naked.”

Unlike health care and financial regulations, where the White House provided a detailed list of demands, the president has left the Senate alone—even though we’ve witnessed its inability to make any real progress on climate issues. “You can’t let the Senate just work this out on their own, because you know we’re not going to like what they come up with,” said Pooley.

Pooley predicts that the next few weeks will be key to determining whether comprehensive legislation can be pulled together before the end of 2010: “We’ll find out if the administration really means it or not.”

That could start with Obama’s speech tonight, if we’re lucky. In any case, Pooley’s new book is an excellent inside look at how we got to this point in this debate.