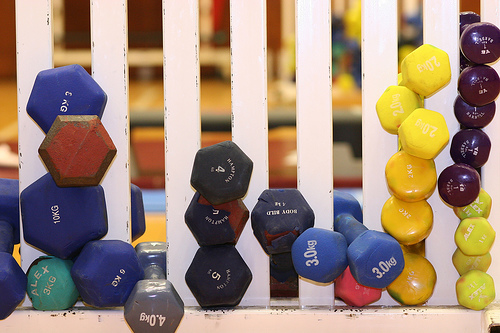 It’s no secret that in America’s obesity epidemic, low-income neighborhoods are the hardest hit. Scientists call them “obesogenic” zones—areas with lots of fast-food restaurants, few grocery stores to sell fresh produce, and higher crime rates that keep people indoors. Gyms are often sparse, overcrowded, and expensive. “In middle-income communities, there’s somehow an expectation that you’re going to have access to gyms,” Bill Walczak, a Boston-area activist, tells NPR. “When you’re in a low-income community, that stuff doesn’t exist.”

Solutions abound. There’s been talk of making food deserts bloom, of ramping up public schools’ phys ed programs, and of removing unhealthy foods from school snack machines. Each takes on a piece of the obesity puzzle. But public radio station WBUR’s Sacha Pfeiffer profiled Walczak’s Massachusetts non-profit, which is implementing a novel new solution—one that could have public health experts smacking their foreheads at the simplicity and practicality: Make gyms cheap.

Like, $30-a-month cheap, with a sliding scale for lower income or homeless women and children, who may pay as little as $10 each month. Members at the women-and-children-only Codman Square Health Center, located in a poorer Boston neighborhood, get all the amenities of more costly gyms—treadmills and weight machines, spinning and yoga and group dance classes—plus healthy food and nutrition programs. The costs of running the Codman facility are supplemented by donations and a small percentage of membership dues from other gyms in the Healthworks Fitness Center network.

More obese women may even receive “prescriptions” to work out for free. So, Pfeiffer reports, most of they women you’ll see at the Codman Square gym aren’t always skinny little things. Tamaica Toney was 252 pounds before joining Healthworks. She lost 80 pounds in a year just by going to the gym Monday through Friday. She and other women at the gym said they felt less embarrassed working out at a women-only facility—and safer indoors than jogging or walking through their neighborhood.

“I can’t wait to get this next 20 pounds off of me, get cut up, get them abs coming through,” Toney told Pfeiffer. “Then I’m going to shop until I can’t drop!”