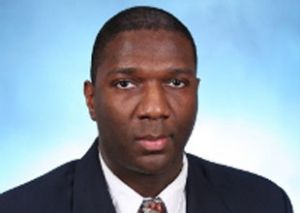 The bizarre tale of Alvin Greene took another unexpected turn when news broke that the country’s most implausible US Senate candidate also has a pending felony charge. Now the alleged victim’s family is determined to bring down the candidacy of the unemployed army vet who stunned South Carolina on Tuesday with his Democratic primary win.

Last November, Greene was arrested on charges of “disseminating, procuring or promoting obscenity” to an 18-year-old college student at the University of South Carolina, after which he suggested they go up to her dorm room, according to court records. Camille McCoy had been working in a computer lab in a restricted part of campus when Greene approached her and showed her Internet pornography, according to the student’s mother, Susan McCoy. Camille recounted what happened afterward to the AP: “It was very disgusting. He said, ‘Let’s go to your room now.’ It was kind of scary. He’s a pretty big boy. He could’ve overpowered me.”

Susan McCoy claims that Greene had already been told once by USC authorities that he was not allowed on parts of campus. “He had no business being there,” she told Mother Jones. The incident was captured on a campus video surveillance camera, and Greene was subsequently arrested, though he has yet to enter a plea or be indicted. A conviction could lead up to 5 years in prison.

So far, Greene has refused to drop out of the campaign, despite requests from the head of the state Democratic Party that he step aside in light of the charges. “The Democratic Party has chosen their nominee, and we have to stand behind their choice,” Greene told the AP on Wednesday. “The people have spoken. We need to be pro-South Carolina, not anti-Greene.” Greene did not respond to a request for comment from Mother Jones.

Like most South Carolina officials, neither the alleged victim nor her mother had realized that Greene was even running for office until the AP had contacted Camille for comment. Susan McCoy remains convinced that Greene “should be put in jail,” claiming the incident “greatly traumatized” her daughter. Shortly after finding out about the news, the victim’s mother had visited the South Carolina Democratic Party headquarters and spoke with Vic Rawl, the former state legislator who lost to Greene in Tuesday’s primary. She also contacted the office of Sen. Jim DeMint (R-SC), whose seat Greene is challenging.

Susan McCoy is now making a public push to underscore allegations against Greene, not only to attack his campaign but also to change the laws concerning felons running for national political office. The U.S. Constitution allows a convicted felon to become a member of Congress, though the House or Senate can vote to expel a member deemed unfit to serve. “People like this should not even be allowed to run for office,” said McCoy. “That’s why we’re concerned—why we’re willing to come forward…there should be an amendment to the Constitution.”

In the meantime, Susan McCoy says, she doesn’t plan to let up in her crusade against Greene while he’s still running for office: “I’ll be his worst nightmare.”

Update: Greene still refuses to comment on the accusations. But the bizarre circumstances surrounding his campaign have prompted some officials to accuse him of being a plant–and others to question his mental health.