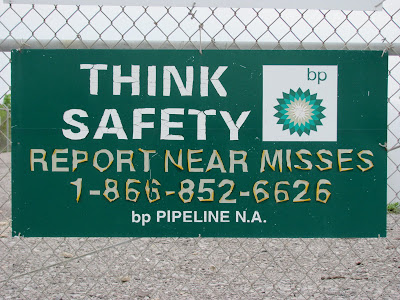 Photos © Julia Whitty.
Mobile Bay, Alabama. If only BP followed their own admonitions. This sign marks where their pipeline comes ashore at Pascagoula, Mississippi. 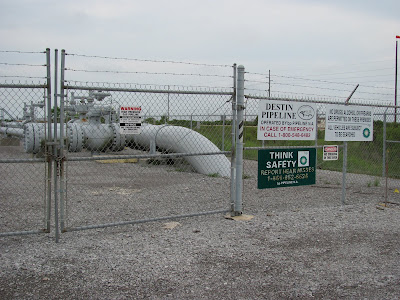 I was headed east today, chasing the latest likely oil landfall. Happened upon this pipeline. Didn’t realize it was a restricted area, and came pretty close to getting arrested. Not because I was trying to monkeywrench the pipeline. Hell, BP’s already done one version of that. 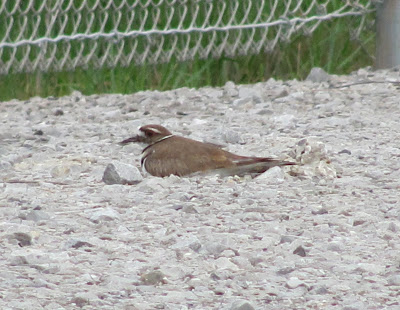 But because I noticed that some plovers and nighthawks were taking advantage of the fenced enclosure around the pipeline to nest on the ground in there. I tried to give the deputy a short course in birdwatching. But he wasn’t amused. Anyway, glad that pipeline’s good for something. 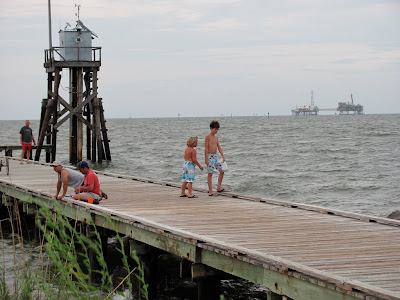 Further east, out on Dauphin Island off the Alabama shoreline, where the offshore rigs stand as thick as mangrove islands, everyone I talked to wanted to make sure I understood these were natural gas not oil rigs. Oil, once a mainstay of the Gulf shore, is hated here now. Most of the folks on the island were trying to enjoy what they knew would be their last day of fishing, casting uneasy glances out to sea. Oil was forecast to make landfall here today. 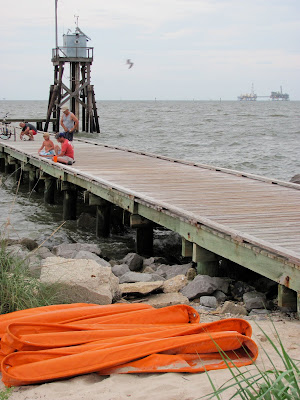 The people I talked to were angry that all the orange boom—which had been stockpiled here by the mile a few weeks ago—and that is designed to keep the oil off the beaches and marshes, has since been deployed to Louisiana. (This was the only piece of boom I saw in Alabama, a short forgotten length left behind.) The people here wanted to know what was going to keep the oil off their beaches and marshes? They wanted to know why BP was hiring 19-year-old men in fast boats to spray dispersant offshore and not the local fishermen who have families to provide for and no work now? 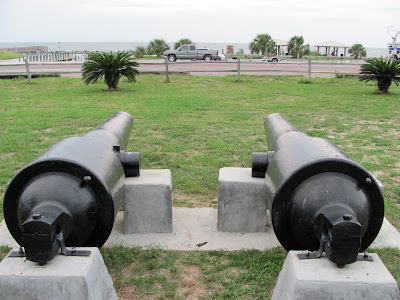 Just across the road from the fishing pier, and pointed straight at the offshore rigs, lie the Civil War cannons of historic Fort Gaines, site of the Battle of Mobile Bay. Too bad these old blunderbusses can’t defend against the oil that will probably wash ashore during darkness tonight. 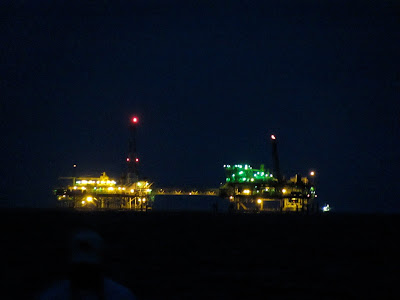