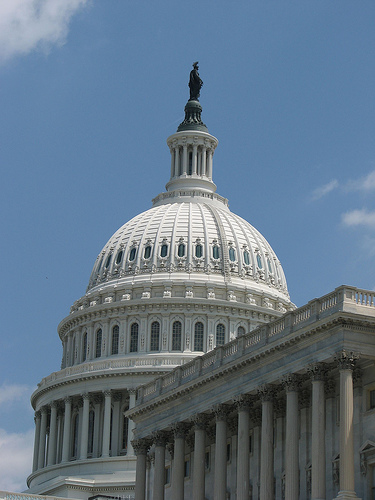 When health care reform seemed to be headed for disaster, Democrats got around the 60-vote obstacle in the Senate by using reconciliation. With climate and energy legislation in a tailspin, can reconciliation come to the rescue again?

Yes—but it probably won’t happen. And a number of Democrats had a hand in keeping that option off the table.

Last April, Sen. Mike Johanns (R-Neb.) tagged an amendment onto the budget bill barring the “use of reconciliation in the Senate for climate change legislation involving a cap and trade system.” Reconciliation requires only a simple majority vote in both chambers, nullifying the filibuster in the Senate and making it possible for Democrats to pass legislation without any Republican support. Obviously, Republicans like the idea of denying Democrats this option. But 26 Democrats joined Johanns to prevent the use of reconciliation for a cap-and-trade law.

A few Democrats have tried to keep the idea of using reconciliation alive for energy and climate legislation. But it seems like a long shot given how many Dems are on the record as opposing it. Will the departure of the lone Republican working openly with John Kerry (D-Mass.) and Joe Lieberman (I-Conn.) on a comprehensive bill change their calculation? Hard to say. There are still plenty of extremely contentious issues on climate and energy even among Democrats. Even if Dems changed their mind on reconciliation, the climate bill would be far from a cakewalk.