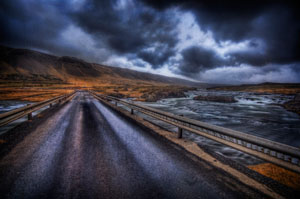 Europe is in trouble. Global financial markets were in turmoil on Wednesday, propelled by fears that Greece could default on its debts—and that the problem could then spread to larger economies, including Spain’s and Italy’s. “We again find ourselves approaching the point when the financial sector will scream: rescue us all or face global economic collapse,” warned Simon Johnson, the former chief economist of the International Monetary Fund. “The markets came close to a total meltdown on Wednesday,” one senior banker told the Financial Times.

By Thursday morning, things still looked grim, despite a successful debt issue by the Italian government. Mohamed El-Erian, the CEO of PIMCO, the giant bond investment company, published an op-ed in the FT warning that a Greek default seems almost inevitable. “The Greek debt crisis has morphed into something that is potentially more sinister for Europe and the global economy,” El-Erian wrote. Paul Krugman, the Nobel prize-winning economist, thinks a default is “all too easy to imagine,” and worries about what could happen to Spain, Portugal, and Italy “if Greece is in effect forced out of the euro.” Krugman, like Reuters financial blogger Felix Salmon, has decided to “go hide under the table.”

Meanwhile, the projected cost of a Greek “bailout”—which many experts think won’t work, anyway—has skyrocketed from €45 ($60 billion) to €120 ($159 billion). That would make it the largest “rescue” of a country ever. It would also begin to drain the cash of the International Monetary Fund, which received $750 billion in new funding from the world’s 20 biggest economies just last year. That could hamper the IMF’s ability to intervene if the Greek crisis spreads to Portugal, Ireland, or Spain, which has an economy five times the size of Greece’s. Rep. Mark Kirk (R-Ill.), a onetime IMF employee who is running for President Barack Obama’s old Senate seat in Illinois, has called for congressional hearings on the fund’s ability to deal with Europe’s problems.

Kirk is right to be worried. As Salmon points out, national debt crises are inextricably linked to banking crises. “The world has never seen an insolvent country with solvent banks, and Greece won’t be the first,” Salmon argues. The banking system is interconnected and interdependent. If the debt crisis spreads, Spanish, Irish, and even Swiss and German banks could be in trouble. That could spell problems for the American financial system and the fragile economic recovery.

Crunch time for Europe is rapidly approaching. Greece has to pay bondholders some €8 billion ($10.6 billion) by May 19, and its credit rating, reduced to junk status on Tuesday, is too low to effectively borrow that kind of money from private lenders. So Greece’s only hope is to reach a deal with the IMF soon. Another big test for the Eurozone will come next Thursday, when Spain hopes to sell around €3 billion ($4 billion) in bonds. If it has trouble auctioning them off, the crisis could come to a head. The Economist says the European Union (especially the big economies) have to act quickly and work with the IMF to reach a deal on the Greek debt as soon as possible. Will ASAP be soon enough?