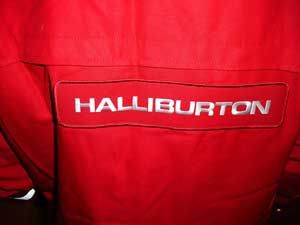 Given Mother Jones‘ recent investigation of KBR’s waste in Iraq (you know, the one that found a bunch of mechanics who worked 43 minutes a month for millions of bucks), as well as the third degree put on the war contractor’s flacks by members of the bipartisan Commission on Wartime Contracting Monday, the US government could take its pick of actionable business practices by the Houston-based profiteer. And it finally selected one to sue over. Perhaps it’s the start of something bigger.

Kimberly Hefling of the Associated Press reports that the government has filed suit against KBR in a Washington federal court, alleging that the company (an ex-subsidiary of the Dick Cheney-helmed Halliburton) “and 33 of its subcontractors used private armed security at various times from 2003 to 2006. The suit claims KBR knew it could not bill the U.S. government for such services but did so anyway.” That’s actually a convenient (if hard-to-explain) scam that outlets like the Washington Post have been wise to for several years. Back in 2007, The Nation‘s resident expert on private military contractors, Blackwater author Jeremy Scahill, estimated that KBR passed on nearly half a billion dollars in personal security expenses to the US government—including payments to Blackwater, a mercenary outfit that’s built up quite the reputation for corruption and violence.

We here at MoJo haven’t gotten our hands on the court filings yet—and we will. But suffice to say that if the suit is successful—and federal attorneys are likely to mount a much heavier legal offensive against KBR than poor Jamie Leigh Jones can manage on her own—an avalanche of legal claims against KBR may ensue. A dubious firm that once claimed immunity to US suits could end up in tatters. Something good may come out of the Iraq war yet.